Stanford is born into a well-off and highly musical family, the only son of John James Stanford, a prominent Dublin lawyer, Examiner to the Court of Chancery in Ireland and Clerk of the Crown for County Meath, and his second wife, Mary, née Henn. He is educated at the University of Cambridge before studying music in Leipzig and Berlin. He is instrumental in raising the status of the Cambridge University Musical Society, attracting international stars to perform with it.

While still an undergraduate, Stanford is appointed organist of Trinity College, Cambridge. In 1882, at the age of 29, he is one of the founding professors of the Royal College of Music, where he teaches composition for the rest of his life. From 1887 he is also Professor of Music at Cambridge. As a teacher, he is skeptical about modernism, and bases his instruction chiefly on classical principles as exemplified in the music of Johannes Brahms. Among his pupils are rising composers whose fame go on to surpass his own, such as Gustav Holst and Ralph Vaughan Williams. As a conductor, he holds posts with the Bach Choir and the Leeds Triennial Music Festival.

Stanford composes a substantial number of concert works, including seven symphonies, but his best-remembered pieces are his choral works for church performance, chiefly composed in the Anglican tradition. He is a dedicated composer of opera, but none of his nine completed operas has endured in the general repertory. Some critics regard him, together with Hubert Parry and Alexander Mackenzie, as responsible for a renaissance in music from the British Isles. However, after his conspicuous success as a composer in the last two decades of the 19th century, his music is eclipsed in the 20th century by that of Edward Elgar as well as former pupils.

In September 1922, Stanford completes the sixth Irish Rhapsody, his final work. Two weeks later he celebrates his 70th birthday and thereafter his health declines. On March 17, 1924 he suffers a stroke and dies on March 29 at his home in London, survived by his wife and children. He is cremated at Golders Green Crematorium on April 2 and his ashes are buried in Westminster Abbey the following day.

Stanford’s last opera, The Travelling Companion, composed during World War I, is premiered by amateur performers at the David Lewis Theatre, Liverpool in 1925 with a reduced orchestra. The work is given complete at Bristol in 1928 and at Sadler’s Wells Theatre, London, in 1935.

Stanford receives many honours, including honorary doctorates from University of Oxford (1883), University of Cambridge (1888), Durham University (1894), University of Leeds (1904), and Trinity College, Dublin (1921). He is knighted in 1902 and in 1904 is elected a member of the Prussian Academy of Arts, Berlin. 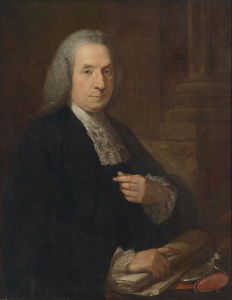 Philip Tisdall, lawyer and politician who is a leading figure in the Irish Government for many years, is born on March 1, 1703, in County Louth.

Tisdall is the son of Richard Tisdall, who is MP for Dundalk in 1703–1713 and for Louth in 1717–1727, by his wife Marian Boyle, daughter of Richard Boyle, MP, a cousin of the Earl of Cork. His father is also Registrar of the Court of Chancery.

Tisdall is educated at Thomas Sheridan‘s school in Dublin, and at the University of Dublin, where he graduates Bachelor of Arts in 1722. He enters Middle Temple in 1723 and is called to the Irish Bar in 1733.

In 1736 he marries Mary Singleton, daughter of the Rev. Rowland Singleton and Elizabeth Graham, and niece and co-heiress of Henry Singleton, Chief Justice of the Irish Common Pleas, a marriage which brings him both wealth and influence. He quickly becomes one of the leaders of the Bar, partly through his legal ability and partly through his marriage into the wealthy and influential Singleton family. He is made a Bencher of the King’s Inns in 1742.

He sits in the Irish House of Commons as MP for Dublin University from 1739 to 1776 and then for the city of Armagh from 1776 until his death. He is elected as member for Armagh in 1768, but chooses to continue sitting for the University.

In 1742 Tisdall is appointed Third Serjeant, then Solicitor-General in 1751 and Attorney-General in 1760. He is also appointed judge of the Prerogative Court of Ireland, an office he holds from 1745 until his death. In 1763 he becomes Principal Secretary of State, and on February 28, 1764 he is appointed to the Privy Council of Ireland. For almost 20 years he is a crucial figure in the Irish Government, which relies on him on to manage the Irish House of Commons, a task which he performs with great skill and tact. Tisdall is almost all-powerful until 1767, when George Townshend, 1st Marquess Townshend, arrives as Lord Lieutenant of Ireland. Townshend has a mandate to restore the direct power of the Crown over Irish affairs and to bypass the Irish managers like Tisdall. To his credit, Townshend recognises that Tisdall’s support is still an asset to the Government, and makes great efforts to conciliate him. Townshend lobbies hard for Tisdall to be appointed Lord Chancellor of Ireland, but comes up against the inflexible British reluctance, then and for many years after, to appoint an Irishman to this crucial office. He retains the confidence of successive Lords Lieutenants. In 1777, despite his age and failing health, he is asked to resume his role as Government leader in the House of Commons. He agrees, but dies at Spa, Belgium on September 11 of the same year.

Tisdall is strikingly dark in complexion, hence his nicknames “Black Phil” and “Philip the Moor,” and is described as “grave in manner and sardonic in temper.” Despite his somewhat forbidding appearance, he is a hospitable character, who is noted for entertaining lavishly, even when he is well into his seventies, both at his town house in South Leinster Street, and his country house at Stillorgan. John Scott, 1st Earl of Clonmell, who succeeds him as Attorney General, writes that Tisdall would have lived longer if he had adopted a more sedate lifestyle in his later years.