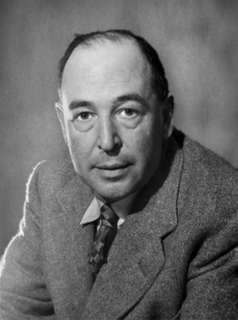 Clive Staples Lewis, novelist, poet, academic, medievalist, literary critic, essayist, lay theologian, and Christian apologist, is born in Belfast on November 29, 1898. He is best known for his works of fiction, especially The Screwtape Letters, The Chronicles of Narnia, and The Space Trilogy, and for his non-fiction Christian apologetics, such as Mere Christianity, Miracles, and The Problem of Pain.

Lewis is schooled by private tutors until age nine when his mother dies in 1908 from cancer. His father then sends him to live and study at Wynyard School in Watford, Hertfordshire. After the school is closed soon afterward, he attends Campbell College in the east of Belfast about a mile from his home, but leaves after a few months due to respiratory problems. He is then sent to the health-resort town of Malvern, Worcestershire, where he attends the preparatory school Cherbourg House. It is during this time that he abandons his childhood Christian faith and becomes an atheist. In September 1913, he enrolls at Malvern College. After leaving Malvern, he studies privately with William T. Kirkpatrick, his father’s old tutor and former headmaster of Lurgan College.

Lewis and fellow novelist J. R. R. Tolkien are close friends. They both serve on the English faculty at Oxford University and are active in the informal Oxford literary group known as the Inklings. He returns to Anglicanism at the age of 32, owing to the influence of Tolkien and other friends, and he becomes an “ordinary layman of the Church of England.” His faith profoundly affects his work, and his wartime radio broadcasts on the subject of Christianity bring him wide acclaim.

Lewis writes more than 30 books which have been translated into more than 30 languages and have sold millions of copies. The books that make up The Chronicles of Narnia have sold the most and have been popularised on stage, television, radio and cinema. His philosophical writings are widely cited by Christian apologists from many denominations.

In early June 1961, Lewis begins suffering from nephritis, which results in blood poisoning. He recovers but on July 15 of that year he falls ill and is admitted to the hospital where he suffers a heart attack the following day, lapses into a coma and awakens the next day. After he is discharged from the hospital his condition continues to decline. He is diagnosed with end-stage renal failure in mid-November. He collapses and dies in his bedroom on November 22. He is buried in the churchyard of Holy Trinity Church, Headington, Oxford.

In 2013, on the 50th anniversary of his death, Lewis is honoured with a memorial in Poets’ Corner in Westminster Abbey. 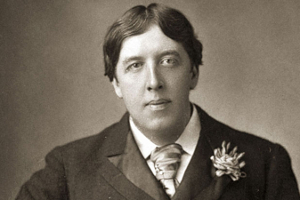 Oscar Fingal O’Flahertie Wills Wilde, playwright, novelist, essayist, and poet, is born on October 16, 1854, at 21 Westland Row, Dublin, now home of the Oscar Wilde Centre, Trinity College. After writing in different forms throughout the 1880s, he becomes one of London‘s most popular playwrights in the early 1890s. He is remembered for his epigrams, his novel The Picture of Dorian Gray, his plays, as well as the circumstances of his imprisonment and early death.

Wilde’s parents are successful Anglo-Irish Dublin intellectuals. Their son becomes fluent in French and German early in life. At university, Wilde read Greats and proves himself to be an outstanding classicist, first at Dublin, then at Magdalen College, Oxford. He becomes known for his involvement in the rising philosophy of aestheticism, led by two of his tutors, Walter Pater and John Ruskin. After university, Wilde moves to London into fashionable cultural and social circles.

As a spokesman for aestheticism, Wilde tries his hand at various literary activities. He publishes a book of poems, lectures in the United States and Canada on the new “English Renaissance in Art,” and then returns to London where he works prolifically as a journalist. Known for his biting wit, flamboyant dress and glittering conversation, Wilde becomes one of the best-known personalities of his day.

At the turn of the 1890s, he refines his ideas about the supremacy of art in a series of dialogues and essays, and incorporates themes of decadence, duplicity, and beauty into his only novel, The Picture of Dorian Gray (1890). The opportunity to construct aesthetic details precisely, and combine them with larger social themes, draws Wilde to write drama. He writes Salome (1891) in French in Paris but it is refused a licence for England due to the absolute prohibition of Biblical subjects on the English stage. Unperturbed, Wilde produces four society comedies in the early 1890s, which make him one of the most successful playwrights of late Victorian London.

At the height of his fame and success, while his masterpiece, The Importance of Being Earnest (1895), is still on stage in London, Wilde has the John Douglas, 9th Marquess of Queensberry prosecuted for libel. The Marquess is the father of Wilde’s lover, Lord Alfred Douglas. The charge carries a penalty of up to two years in prison. The trial unearths evidence that causes Wilde to drop his charges and leads to his own arrest and trial for gross indecency with men. After two more trials he is convicted and imprisoned for two years’ penal labour.

In 1897, in prison, he writes De Profundis, which is published in 1905, a long letter which discusses his spiritual journey through his trials, forming a dark counterpoint to his earlier philosophy of pleasure. Upon his release he leaves immediately for France, never to return to Ireland or Britain. There he writes his last work, The Ballad of Reading Gaol (1898), a long poem commemorating the harsh rhythms of prison life.

Wilde dies destitute of cerebral meningitis in Paris on November 30, 1900. at the age of 46. He is initially buried in the Cimetière parisien de Bagneux outside Paris. In 1909 his remains are disinterred and transferred to Père Lachaise Cemetery, inside the city.