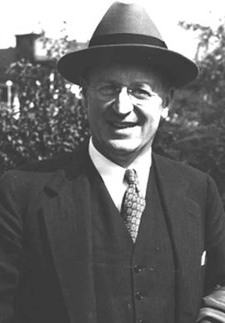 Lynd is born to Robert John Lynd, a Presbyterian minister, and Sarah Rentoul Lynd, the second of seven children. His paternal great-grandfather emigrated from Scotland to Ireland. He is educated at Royal Belfast Academical Institution and Queen’s University Belfast. His father serves a term as Presbyterian Church Moderator but he is just one of a long line of Presbyterian clergy in the family.

Lynd begins as a journalist with The Northern Whig in Belfast. He moves to London in 1901, via Manchester, sharing accommodation with his friend the artist Paul Henry. Initially he writes drama criticism for Today, edited by Jerome K. Jerome. He also writes for The Daily News (later the News Chronicle), being its literary editor from 1912 until 1947.

Lynd marries the writer Sylvia Dryhurst on April 21, 1909. They meet at Gaelic League meetings in London. Their daughters Máire and Sigle become close friends of Isaiah Berlin. Sigle’s son, born in 1941, is artist Tim Wheeler. In March 1924, they move to what is to be their long-term married home, the elegant Regency house of 5 Keats Grove in the leafy suburb of Hampstead in northwest London. The house had been lived in by various members of Sylvia’s family.

The Lynds are literary hosts, in the group including J. B. Priestley. They are on good terms also with Hugh Walpole. Priestley, Walpole and Sylvia Lynd are founding committee members of the Book Society. Irish guests include James Joyce and James Stephens. On one occasion reported by Victor Gollancz in Reminiscences of Affection, Joyce intones Anna Livia Plurabelle to his own piano accompaniment. Joyce and his wife Nora Barnacle hold their wedding lunch at the Lynds’ house after getting married at Hampstead Town Hall on July 4, 1931.

Lynd uses the pseudonym Y.Y. in writing for the New Statesman. According to C. H. Rolph‘s Kingsley, Lynd’s weekly essay, which runs from 1913 to 1945, is “irreplaceable.” In 1941, editor Kingsley Martin decides to alternate it with pieces by James Bridie on Ireland, but the experiment is not at all a success.

Lynd’s political views are at a certain point radicalised by his experience of how Ulster and Home Rule develops in the 1912–1914 period. He is appalled at the threat of the use of violence to deliver Ulster from Home Rule and the later decision to postpone the implementation of the Third Home Rule Bill. He later writes, “Then came August 1914 and England began a war for the freedom of small nations by postponing the freedom of the only small nation in Europe which it was within her power to liberate with the stroke of a pen.”

Lynd becomes fluent in the Irish language and is a Gaelic League member. As a Sinn Féin activist, he uses the name Robiard Ó Flionn/Roibeard Ua Flionn. He dies in Hampstead, London on October 6, 1949. He is buried in Belfast City Cemetery.