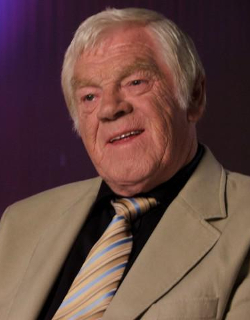 With a career spanning over five decades, McBride starts his career in 1966 as the frontman of the Irish showband Big Tom and The Mainliners. In 1980, suffering from a fear of flying, he undertakes a sea voyage across the Atlantic Ocean to record his Blue Wings album in Nashville, Tennessee.

In 2000, McBride undergoes a vocal cord nodule operation on his throat. On July 8, 2005, a plaque is erected by the local community in his home village of Castleblayney. In November 2006, he suffered a sudden heart attack at the age of 70, which puts doubt into whether he will ever tour again with his band.

On February 1, 2008, McBride begins a 12-date tour of Ireland after doctors give him the all clear. On March 24, he performs at Castlebar‘s TF Ballroom’s final farewell night but reportedly takes ill on stage during the performance.

On 25 May, McBride performs for the closure night of the Galtymore dance hall in Cricklewood, London. He is the headline act at London’s Irish Festival on July 27 and headlines the Claremorris Dance Festival weekend on November 23.

In July 2009, K-MAC Records announces more dates in Ireland for Big Tom and the Mainliners which commences in August. From August 14 to September 13, McBride runs a successful tour of Ireland with large attendances to venues. The highlight is the Glencarn Hotel in his hometown Castleblayney where the concert is packed to capacity. The tour ends in Ennis with fans travelling many miles to see McBride and the band. Two days after the end of the tour the band’s trombone player and vocalist Cyril McKevitt dies of a heart attack.

In 2010, McBride announces an extensive series of tour dates. From 2011 until his death in Drogheda, County Louth on April 17, 2018, McBride and his band continue to perform with sporadic appearances.

In June 2016, McBride becomes the inaugural artist to be inducted into the Irish Country Music Hall of Fame. 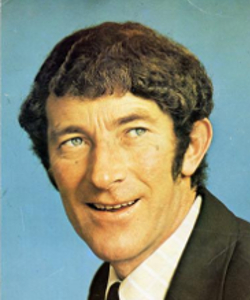 Larry Cunningham, Irish country music singer, who is one of the leading figures of the Irish showband scene in the 1960s and 1970s, is born in Clooneen, Mullinalaghta, County Longford on February 13, 1938. He is regarded as a “trailblazer” and “legend” in the music industry.

Cunningham grows up in the townland of Clooneen in a farming family of seven children. After leaving school at the age of 16 he goes to England and works as a carpenter, playing Irish traditional music and gaelic football during his spare time. In 1958 he returns to Ireland. Still working as a carpenter, he soon joins the part-time Gowna-based Grafton Showband, but leaves it in 1961 to become fully professional as the lead singer of the Mighty Avons, based in Cavan. That band initially specialises in covers of Jim Reeves songs and similar country material.

The band’s first taste of fame comes when they are supporting Jim Reeves during the Irish leg of his European tour in 1963. When Reeves walks off the stage during a concert in Lifford in protest at the poor condition of the supplied piano, the Avons, as they later become popularly called, takes over and entertains the crowd, to much subsequent publicity and acclaim.

In December 1964, Cunningham and the Mighty Avons have a Top-10 hit with the song Tribute to Jim Reeves, which also enters the British charts and is played on Top of the Pops, both firsts for an Irish artist, which further boosted their career. Their major hit is Lovely Leitrim in September 1965, which stays at number one in the charts for four weeks. As well as regularly touring Ireland to large crowds, the Avons make many appearances on television, and often played in Britain, the United States, and other places.

In late 1969, Cunningham leaves the Mighty Avons and merges with Edenderry band The Fairways to form Larry Cunningham and the Country Blue Boys, leaving Gene Stuart to front the Avons. He continues having success with his new band, but after his marriage to Beatrice Nannery in February 1972 he gives up regular touring in favour of occasional concerts and recording. He continues to have top-10 hits until the mid-1970s, and still performs occasionally for the remainder of his life. In recent years, audio and video compilations of his music have been released, as well as a biography.

Larry Cunningham dies in Dublin on September 28, 2012, following a lengthy illness. Among those to pay tribute are U.S. country singer Robert Mizzell who says, “I am so saddened to hear of the passing of country legend Larry. I admired his talent and quick humour. My thoughts are with his family, friends, and the fans who loved the big deep voice that rattled the radio waves.”