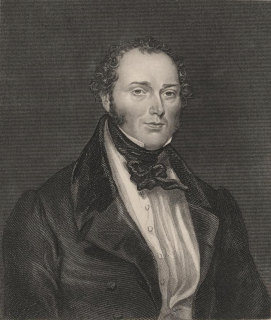 Feargus Edward O’Connor, Irish Chartist leader and advocate of the Land Plan, which seeks to provide smallholdings for the labouring classes, dies in Notting Hill, West London, England on August 30, 1855. He succeeds in making Chartism the first specifically working class national movement in Great Britain. A highly charismatic figure, he is admired for his energy and oratory, but was criticised for alleged egotism.

O’Connor is born on July 18, 1796 in Connorville house, near Castletown-Kinneigh in west County Cork, into a prominent Irish Protestant family. He is originally christened Edward Bowen O’Connor, but his father, the Irish nationalist politician Roger O’Connor, chooses to call him Feargus. He is educated mainly at Portarlington Grammar School and has some elementary schooling in England.

O’Connor, who claims royal descent from the ancient kings of Ireland, practices law but exchanges law for politics when he is elected to the British House of Commons as Member of Parliament for County Cork, as a Repeal candidate rather than a Whig. Unseated in 1835, he turns to radical agitation in England, although he continues to press Irish grievances and to seek Irish support. As a result of his humour, invective, and energy, he becomes the best known Chartist leader and the movement’s most popular speaker. His journal, The Northern Star, founded in 1837, gains a wide circulation.

O’Connor’s methods and views alienate other Chartist leaders, particularly William Lovett, but in 1841, after spending a year in prison for seditious libel, he acquires undisputed leadership of the Chartists. Failing to lead the movement to victory and vacillating in his attitude toward the middle class and toward the People’s Charter, a six-point bill drafted and published in May 1838, he begins to lose power, although he is remarkably elected to Parliament for Nottingham in 1847, defeating Thomas Benjamin Hobhouse.

The failure of the People’s Charter in 1848 marks the beginning of the end for O’Connor, whose egocentricity is already bordering on madness. In the spring of 1852 he visits the United States, where his behaviour leaves no doubt that he is not a well man. It is possible that he is in the early stages of general paralysis of the insane, brought on by syphilis.

In the House of Commons in 1852 O’Connor strikes three fellow MPs, one of them Sir Benjamin Hall, a vocal critic of the Land Plan. Arrested by the Deputy Sergeant-at-Arms, he is sent by his sister to Dr. Thomas Harrington Tuke‘s private Manor House Asylum in Chiswick, where he remains until 1854, when he is removed to his sister’s house. He dies on August 30, 1855 at 18 Albert Terrace, Notting Hill Gate. He is buried in Kensal Green Cemetery on September 10. No fewer than 40,000 people witness the funeral procession. Most Chartists prefer to remember his strengths rather than his shortcomings.