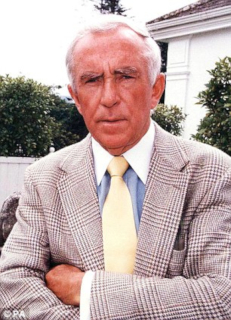 Thomas Anthony “Tony” Ryan, Irish billionaire, philanthropist and businessman, is born in Thurles, County Tipperary on February 2, 1936. He works for Aer Lingus, before going on to found their aircraft leasing arm, wet-leasing out their aircraft in the quieter winter months.

In 1975, with Aer Lingus and the Guinness Peat Group, Ryan founds Guinness Peat Aviation (later GPA Group), an aircraft leasing company, with a $50,000 investment. GPA grows to be the world’s biggest aircraft lessor, worth $4 billion at its peak. However its value dramatically collapses in 1992 after the cancellation of its planned IPO.

Ryan makes €55m from the sale of AerFi, the successor to GPA, in 2000. In 2001, he acquires Castleton Farm near Lexington, Kentucky from the Van Lennep Family Trust. He renames it Castleton Lyons and undertakes renovations to the property while returning to its original roots as a thoroughbred operation. He is a tax exile who lives in Monte Carlo, but also owns a stud farm near his home in Dolla, County Tipperary. He is the 7th wealthiest individual from Ireland in the Sunday Times Rich List 2007 with over €1.5bn(£1bn).

Ryan is best known in the public mind as the founder of the eponymous Ryanair with Christopher Ryan and Liam Lonergan. Ryanair is believed to be the main source of his wealth in later life. Ryanair is now one of the biggest airlines in Europe and is valued at over 15 billion Euros as of December 2019.

Ryan over the years helps nurture two successful business protégés, Denis O’Brien and Michael O’Leary, both of whom become billionaires.

Ryan holds honorary doctorates from several universities, including Trinity College, Dublin, the National University of Ireland, Galway and the University of Limerick.

Ryan is an active and innovative funder of university education in Ireland. He donates a marine science institute to NUI Galway in 1993 which is named the Martin Ryan Marine Science Institute in honour of his father. He shows interest in marine science and aquaculture development in the west of Ireland. He also funds The Ryan Academy for Entrepreneurship at the Citywest park, that is run by Dublin City University.

At the time of his death Ryan owns 16% of Tiger Airways, a discount carrier based in Singapore which is founded in December 2003.