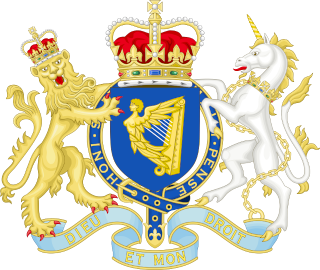 The Registration Act 1704 (2 Ann c.7; long title An Act for registering the Popish Clergy), an Act of the Parliament of Ireland, comes into force on June 23, 1704 after receiving royal assent on March 4, 1704. It requires all Catholic priests in Ireland to register at their local magistrates‘ court, to pay two £50 bonds to ensure good behaviour, and to stay in the county where they registered.

The act is one of a series of Penal Laws passed after the Williamite War to protect the victorious Protestant Ascendancy from a church seen as loyal to the defeated Jacobites and to foreign powers. Its second section states that if an Irish Catholic priest is converted to the established Church of Ireland, he will receive a £20 stipend, levied on the residents of the area where he had last practised. Unregistered clergy are to depart Ireland before July 20, 1704 and any remaining after June 24, 1705 are to be deported. Any that returned are to be punished as under the Banishment Act of 1697 (as high treason). These are sought out by freelance “priest hunters.”

A 1704 act (4 Anne c.2) amends the Registration Act, Banishment Act and Popery Act, to close a loophole whereby they had not applied to priests ordained after the original act first came into force. The 1704 act, originally set to expire after the 1708–1709 session of Parliament, is made permanent in that session. The Roman Catholic Relief Act 1782 provides that these acts’ provisions cannot apply to a priest who has registered and taken an oath of allegiance. Daniel O’Connell drafts a comprehensive Catholic emancipation bill in the 1820s which would have repealed all these acts; in the event the Roman Catholic Relief Act 1829 is more limited and the acts are not formally repealed until the Statute Law Revision (Ireland) Act 1878 is passed on August 13, 1878.