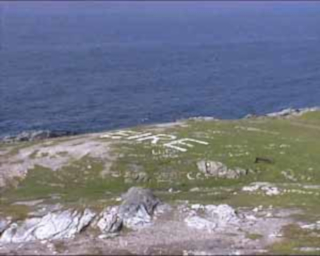 On February 19, 1939 Taoiseach Éamon de Valera states his intention to preserve Irish neutrality in the event of a second world war.

The policy of Irish neutrality during World War II is adopted by the Oireachtas at the instigation of De Valera upon the outbreak of World War II in Europe. It is maintained throughout the conflict, in spite of several German airstrikes by aircraft that miss their intended British targets and attacks on Ireland’s shipping fleet by Allies and Axis alike. De Valera refrains from joining either the Allies or Axis powers. While the possibilities of not only a German but also a British invasion are discussed in Dáil Éireann, and either eventuality is prepared for, with the most detailed preparations being done in tandem with the Allies under Plan W, De Valera’s ruling party, Fianna Fáil, supports his neutral policy for the duration of the war.

This period is known in the Republic of Ireland as “The Emergency“, owing to the wording of the constitutional article employed to suspend normal government of the country.

Pursuing a policy of neutrality requires attaining a balance between the strict observance of non-alignment and the taking of practical steps to repel or discourage an invasion from either of the two concerned parties.

Ireland maintains a public stance of neutrality to the end, although this policy leads to a considerable delay in Ireland’s membership of the United Nations (UN). Ireland’s applications for membership are vetoed by the Soviet Union, a permanent member of the United Nations Security Council, from 1946 to December 1955. Seán MacBride considers that the UN boycott of Ireland had been originally agreed upon at the 1945 Yalta Conference by Winston Churchill and Joseph Stalin. Ireland’s acceptance into the UN is finally announced by John A. Costello on December 15, 1955.

Despite the official position of neutrality, there are many unpublicised contraventions of this, such as permitting the use of the Donegal Corridor to Allied military aircraft, and extensive co-operation between Allied and Irish intelligence, including exchanges of information, such as detailed weather reports of the Atlantic Ocean. For example, the decision to go ahead with the Normandy landings is decided by a weather report from Blacksod Bay, County Mayo.