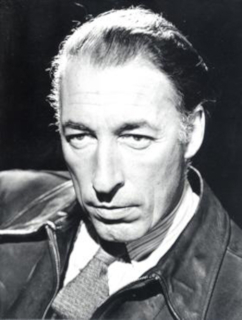 Louis MacNeice, British poet and playwright, is born in Belfast on September 12, 1907. He is a member, along with Wystan Hugh Auden, Cecil Day-Lewis, and Stephen Spender, of a group whose low-keyed, unpoetic, socially committed, and topical verse is the “new poetry” of the 1930s. His body of work is widely appreciated by the public during his lifetime, due in part to his relaxed but socially and emotionally aware style.

MacNeice is the youngest son of John Frederick MacNeice and Elizabeth Margaret (“Lily”) MacNeice. His father, a Protestant minister, goes go on to become a bishop of the Anglican Church of Ireland. The family moves to Carrickfergus, County Antrim, soon after MacNeice’s birth. His mother dies of tuberculosis in December 1914. In 1917, his father remarries to Georgina Greer and his sister Elizabeth is sent to board at a preparatory school at Sherborne, England. MacNeice joins her at Sherborne Preparatory School later in the year.

After studying at the University of Oxford (1926–30), MacNeice becomes a lecturer in classics at the University of Birmingham (1930–36) and later in the Department of Greek at the Bedford College for Women, London (1936–40). In 1941 he begins to write and produce radio plays for the British Broadcasting Corporation. Foremost among his fine radio verse plays is the dramatic fantasy The Dark Tower (1947), with music by Benjamin Britten.

MacNeice’s first book of poetry, Blind Fireworks, appears in 1929, followed by more than a dozen other volumes, such as Poems (1935), Autumn Journal (1939), Collected Poems, 1925–1948 (1949), and, posthumously, The Burning Perch (1963). An intellectual honesty, Celtic exuberance, and sardonic humour characterize his poetry, which combines a charming natural lyricism with the mundane patterns of colloquial speech. His most characteristic mood is that of the slightly detached, wryly observant, ironic and witty commentator. Among MacNeice’s prose works are Letters from Iceland (with W.H. Auden, 1937) and The Poetry of W.B. Yeats (1941). He is also a skilled translator, particularly of Horace and Aeschylus (The Agamemnon of Aeschylus, 1936).

By the early 1960s, MacNeice is “living on alcohol,” and eating very little, but still writing. In August 1963 he goes caving in Yorkshire to gather sound effects for his final radio play, Persons from Porlock. Caught in a storm on the moors, he does not change out of his wet clothes until he is home in Hertfordshire. Bronchitis evolves into viral pneumonia and he is admitted to hospital in London on August, 27. He dies there on September 3, 1963 at the age of 55. He is buried in Carrowdore churchyard in County Down, alongside his mother.

MacNeice’s final book of poems, The Burning Perch, is published a few days after his funeral. His life-long friend from Oxford, W.H. Auden, who gives a reading at MacNeice’s memorial service, describes the poems of his last two years as “among his very best.”