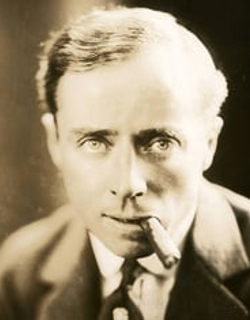 In 1882, the family moves to London, where Brenon is educated at St. Paul’s School and at King’s College London. He starts out as a stagehand in New York City and by 1909 he operates a small picture theatre in Pennsylvania. Before becoming a director, he performs in vaudeville acts with his wife, Helen Oberg.

In 1911 Brenon is hired as a writer by Carl Laemmle, directing his first short the following year. Signed by William Fox in 1915, he graduates to feature films. With Paramount Pictures from 1923, he directs several spectacular productions with British themes, including the silent version of Beau Geste (1926). He regards sound pictures with a measure of apprehension.

Some of his more noteworthy films are the first movie adaptations of Peter Pan (1924) and the aforementioned Beau Geste (1926), Sorrell and Son (1927) for which he is nominated for the Academy Award for Best Director in the 1st Academy Awards, Laugh, Clown, Laugh (1928) with Lon Chaney, and The Flying Squad (1940), his last.

Brenon returns to Great Britain in 1934, but his career is well on the decline and he retires in 1940.

Herbert Brenon dies in Los Angeles, California on June 21, 1958 and is interred in a private mausoleum at Woodlawn Cemetery, Bronx, New York.