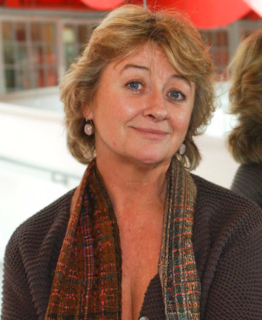 Cusack is the second daughter of the actors Cyril Cusack (1910-1993) and Maureen Cusack (1920-1977). Her elder sister is actress Sinéad Cusack and her younger sister is actress Niamh Cusack. She is a half-sister to Catherine Cusack. Through her sister Sinéad, she is the sister-in-law of actor Jeremy Irons and the aunt of actor Max Irons and his brother, former child actor Samuel Irons.

Cusack has made many film and television appearances including The Bill, Casualty (as Staff Nurse/Ward Sister Kate Wilson from 1994 to 1997), the 1973 BBC adaptation of Jane Eyre, and the film Snatch (as the traveller mother of Mickey, played by Brad Pitt). In 1998, she plays Mother Duck on the cartoon The First Snow of Winter in UK Version. She also acts for radio, including a guest appearance in the BBC Radio 4 series Baldi and starring as Juno Boyle in the 2014 BBC Radio 3 production of Juno and the Paycock. She plays Helen Connor in Coronation Street in 2008, but because of her other acting commitments the role is played by Dearbhla Molloy when the character returns in July 2009.

In 2011, Cusack plays Mrs. Nicholson in two episodes of the first series of Mrs. Brown’s Boys. Susie Blake takes over the role for the second and third series. Despite this, she plays the part of Justice Dickie in the 2014 film Mrs. Brown’s Boys D’Movie. Since 2013 she has played Mrs. McCarthy, the housekeeper and parish secretary, in the BBC adaptation of the Father Brown mysteries. In 2015, she plays Bridie Stevenson in the BBC television series River.