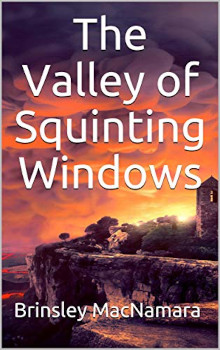 MacNamara is the author of several novels, the most well-known of which is his first, The Valley of the Squinting Windows (1918). His acting career with the Abbey Theatre begins in September 1910 with a role in R. J. Ryan’s The Casting-out of Martin Whelan. He later works as the registrar of the National Gallery of Ireland.

MacNamara is still best known for his first novel The Valley of the Squinting Windows, which causes a furor in his native Westmeath on its publication. He continues to write for many years after this controversial first work. Among his plays are The Glorious Uncertainty (1923) and Look at the Heffernans! (1926). His work is part of the literature event in the art competition at the 1924 Summer Olympics.

MacNamara marries Helena Degidon, a schoolteacher, in 1920. He dies at his home on Gilford Drive in Sandymount, Dublin on February 4, 1963.