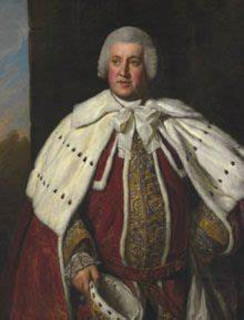 Bligh is born on October 1, 1719 near Gravesend, Kent, the son of John Bligh, 1st Earl of Darnley and Lady Theodosia Hyde, later Baroness Clifton (in her own right). At the age of eight he is sent to Westminster School. He matriculates at Merton College on May 13, 1735 and is created MA on July 13, 1738.

Outwardly, Bligh appears “solid” and “capable,” a man “terribly conscious of his own dignity.” His eccentricities do not stop him becoming MP for Athboy, which he represents from 1739 until 1748, and for Maidstone, Kent, which he serves from 1741 to 1747.

After failing to be elected MP for Tregony, Cornwall, in 1754, Bligh never stands again for parliament, either in England or Ireland. The seat that he gains in the House of Lords, in 1765, gives him the opportunity to return to Ireland more frequently.

In Dublin, on September 11, 1766, the “ageing nobleman” of almost 48-years-old, suddenly marries eighteen-year-old Mary Stoyte, a wealthy heiress and only child of John Stoyte, a leading barrister from Streete, County Westmeath. The unexpected marriage, between a sworn bachelor and a young woman, shocks Dublin society.

The new Countess of Darnley has to cope with the odd private behaviour of her touchy husband. According to a manuscript in the possession of the Tighe family, on the night of his marriage, Bligh “imagined himself to be a fine China tea pot, and was under great fears, lest the spout should be broken off before morning!”

Each summer, Bligh takes his family to Weymouth, where the seawater is believed to strengthen weak constitutions and help brace nerves.

Despite every precaution, in 1781 Bligh catches malaria. Attempts to treat him with quinine and peppermint-water purges fail, and on July 31, 1781, he dies at the age of 61, his spout supposedly still intact. Mary lives on until 1803.