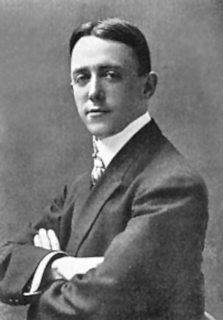 A baptismal certificate from St. Joseph’s Roman Catholic Church indicates that Cohan was born on July 3, but Cohan and his family always insist that he had been “born on the Fourth of July!” His parents are traveling vaudeville performers, and he joins them on stage while still an infant, first as a prop, learning to dance and sing soon after he could walk and talk. As a child, he and his family tour most of the year and spend summer vacations from the vaudeville circuit at his grandmother’s home in North Brookfield, Massachusetts.

In 1904 Cohan produces his first successful musical play, Little Johnny Jones, in which he plays the character The Yankee Doodle Boy. As a songwriter, he is a charter member of the American Society of Composers, Authors and Publishers (ASCAP). His popular song catalog includes “The Yankee Doodle Boy,” “Venus, My Shining Love,” “I Guess I’ll Have to Telegraph My Baby,” “My Musical Comedy Maid,” “Revolutionary Rag,” “Give My Regards to Broadway,” “You Remind Me of My Mother,” “Life’s a Funny Proposition After All,” “Mary’s a Grand Old Name,” “So Long, Mary,” “Forty-Five Minutes from Broadway,” “I Was Born in Virginia,” “Harrigan,” “Over There” (the song of World War I which earns Cohan the Congressional Medal of Honor), “In the Kingdom of Our Own,” “Nellie Kelly, I Love You,” “When June Comes Along With a Song,” “Molly Malone,” “Where Were You, Where Was I?,” “The Song and Dance Man,” “Billie” and the patriotic theme song and 2002 Towering Song Award winner, “You’re a Grand Old Flag.”

The more than 40 musical dramas Cohan writes, produces, directs and stars in on Broadway include The Governor’s Son, Forty-Five Minutes from Broadway, Little Johnny, George Washington, Jr., The Honeymooners, The Yankee Prince, The Little Millionaire, Hello, Broadway, The Talk of New York, Fifty Miles From Boston, The American Idea, The Man Who Owns Broadway, The Cohan Revue (1916, 1918), The Royal Vagabond, The Merry Malones, Little Nellie Kelly, The Rise of Rosie O’Reilly, Get-Rich-Quick Wallingford, Seven Keys to Baldpate, The Miracle Man, Hit the Trail Hailday, Broadway Jones, A Prince There Was, The Song and Dance Man, American Born, Gambling, Dear Old Darling, The Return of the Vagabond, The Tavern, Elmer the Great, The O’Brien Girl, Ah, Wilderness! and I’d Rather Be Right.

In 1942, Cohan’s life is documented in the film Yankee Doodle Dandy.

George M. Cohan dies of cancer at his Manhattan apartment on Fifth Avenue on November 5, 1942 surrounded by family and friends. His funeral is held at St. Patrick’s Cathedral in New York and is attended by thousands of people, including five governors of New York, two mayors of New York City and the Postmaster General. The honorary pallbearers included Irving Berlin, Eddie Cantor, Frank Crowninshield, Sol Bloom, Brooks Atkinson, Rube Goldberg, Walter Huston, George Jessel, Connie Mack, Joseph McCarthy, Eugene O’Neill, Sigmund Romberg, Lee Shubert and Fred Waring. He is interred at Woodlawn Cemetery in The Bronx, New York City, in a private family mausoleum he had erected a quarter century earlier for his sister and parents.

On September 11, 1959, Oscar Hammerstein II presents an eight-foot high, bronze statue of Cohan in the heart of Times Square on Broadway.