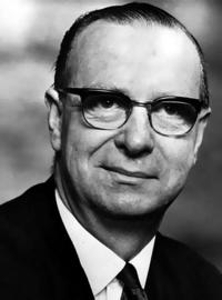 Gerard Fitt, Northern Ireland politician, is born in Belfast on April 9, 1926. He is a founder and the first leader of the Social Democratic and Labour Party (SDLP), a social democratic and Irish nationalist party.

Fitt is educated at a local Christian Brothers school in Belfast. He joins the Merchant Navy in 1941 and serves on convoy duty during World War II. His elder brother Geordie, an Irish Guardsman, is killed at the Battle of Normandy.

In 1962, he wins a seat in the Parliament of Northern Ireland from the Ulster Unionist Party, becoming the only Irish Labour member. Two years later, he left Irish Labour and joined with Harry Diamond, the sole Socialist Republican Party Stormont MP, to form the Republican Labour Party. At the 1966 general election, Fitt won the Belfast West seat in the Westminster parliament.

Many sympathetic British Members of Parliament (MPs) are present at a civil rights march in Derry on October 5, 1968 when Fitt and others are beaten by the Royal Ulster Constabulary. Fitt also supports the 1969 candidacy of Bernadette Devlin in the Mid Ulster by-election who runs as an anti-abstentionist ‘Unity‘ candidate. Devlin’s success greatly increases the authority of Fitt in the eyes of many British commentators, particularly as it produces a second voice on the floor of the British House of Commons who challenge the Unionist viewpoint at a time when Harold Wilson and other British ministers are beginning to take notice.

In August 1970, Fitt becomes the first leader of a coalition of civil rights and nationalist leaders who create the Social Democratic and Labour Party (SDLP). By this time Northern Ireland is charging headlong towards near-civil war and the majority of unionists remain hostile.

After the collapse of Stormont in 1972 and the establishment of the Northern Ireland Assembly in 1973 Fitt becomes deputy chief executive of the short-lived Power-Sharing Executive created by the Sunningdale Agreement.

Fitt becomes increasingly detached from both his own party and also becomes more outspoken in his condemnation of the Provisional Irish Republican Army. He becomes a target for republican sympathisers in 1976 when they attack his home. He becomes disillusioned with the handling of Northern Ireland by the British government. In 1979, he abstains from a crucial vote in the House of Commons which brings down the Labour government, citing the way that the government had failed to help the nationalist population and tried to form a deal with the Ulster Unionist Party.

In 1979, Fitt is replaced by John Hume as leader of the SDLP and he leaves the party altogether after he agrees to constitutional talks with British Secretary of State Humphrey Atkins without any provision for an ‘Irish dimension’ and then sees his decision overturned by the SDLP party conference. Like Paddy Devlin before him, he claims the SDLP has ceased to be a socialist force.

In 1981, he opposes the hunger strikes in the Maze prison in Belfast. His seat in Westminster is targeted by Sinn Féin as well as by the SDLP. In June 1983, he loses his seat in Belfast West to Gerry Adams, in part due to competition from an SDLP candidate. The following month, on October 14, 1983, he is created a UK life peer as Baron Fitt, of Bell’s Hill in County Down. His Belfast home is firebombed a month later and he moves to London.