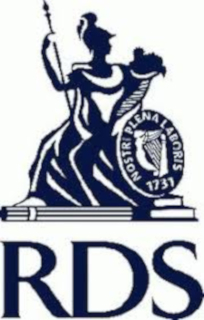 The Dublin Society for Improving Husbandry, Manufactures and Other Useful Arts, which is originally founded on June 25, 1731, becomes the Royal Dublin Society on June 19, 1820.

The society is founded by members of the Dublin Philosophical Society, chiefly Thomas Prior. On July 1, 1731, at the second meeting of the Society, the designation “and Sciences” is added to the end of its name. The Society’s broad agenda is to stimulate economic activity and aid the creation of employment in Ireland. For the first few years of its existence, the Dublin Society concentrates on tillage technology, land reclamation, forestry, the production of dyestuffs, flax cultivation and other agricultural areas.

In 1738, following the publication of his pamphlet entitled Reflections and Resolutions Proper for the Gentlemen of Ireland, Samuel Madden initiates a grant or “premium” scheme to create incentives for improvements in Irish agricultural and arts. He proposes that a fund of £500 be raised for this purpose and he personally contributes £130. By 1740 the premium scheme has raised £900, and is adjudicated upon the following January and awarded to enterprises in earthenware, cotton, leatherwork, flax, surveying, as well as a number of painters and sculptors.

The “Royal” prefix is adopted in 1820 when George IV becomes Society patron.

The society purchases Leinster House, home of the Duke of Leinster, in 1815 and founds a natural history museum there. The society acquires its current premises at Ballsbridge in 1879, and has since increased from the original fifteen to forty acres. The premises consist of a number of exhibition halls, a stadium, meeting rooms, bars, restaurants, and RDS Simmonscourt Pavilion, a multi-purpose venue.

The Boyle Medal, named after Robert Boyle (1627–1691), is inaugurated in 1899 and is awarded jointly by the RDS and The Irish Times for scientific research of exceptional merit in Ireland. As of 2014 the medal has been awarded to 39 scientists.