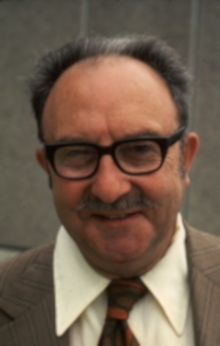 McCrea’s family moves to Kent in 1906 and then to Derbyshire where he attends Chesterfield Grammar School. His father is a school master at Netherthorpe Grammar School in Staveley. He goes to Trinity College, Cambridge in 1923 where he studies mathematics, later gaining a PhD in 1929 under Ralph H. Fowler.

In 1928, McCrea studies Albrecht Unsöld‘s hypothesis and discovers that three quarters of the sun is made of hydrogen and about one quarter is helium with 1% being other elements. Previous to this many people thought the sun consisted mostly of iron. After this, people realise most stars consist of hydrogen.

From 1930 McCrea lectures in mathematics at the University of Edinburgh. In 1931, during his time in Edinburgh, he is elected a Fellow of the Royal Society of Edinburgh. His proposers are Sir Edmund Taylor Whittaker, Sir Charles Galton Darwin, Edward Copson and Charles Glover Barkla. He wins the Society’s Keith Medal, jointly with Edward Copson, for the period 1939-1941.

In 1932 McCrea moves to Imperial College London as a Reader and marries Marian Core the following year. In 1936 he becomes Professor of Mathematics and head of the mathematics department at the Queen’s University Belfast.

During World War II McCrea is co-opted onto the Admiralty Operational Research Group. After the war, he joins the mathematics department at Royal Holloway College in 1944. He is elected a Fellow of the Royal Society of London in 1952.

McCrea is president of the Royal Astronomical Society from 1961 to 1963 and president of Section A of the British Association for the Advancement of Science from 1965–1966.

In 1964 McCrea proposes mass transfer mechanism as an explanation of blue straggler stars. In 1965, he creates the astronomy centre of the physics department at the University of Sussex.

McCrea wins the Gold Medal of the Royal Astronomical Society in 1976 and is knighted by Queen Elizabeth II in 1985.

William McCrea dies on April 25, 1999 at Lewes in Sussex. The McCrea Building on the Royal Holloway College campus is named after him.