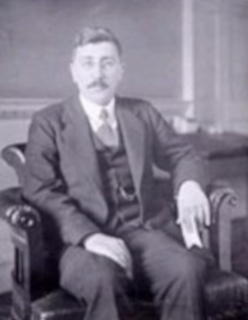 Hayes is educated at the Synge Street CBS and at University College Dublin (UCD). He later becomes a lecturer in French at the University. In 1913, he joins the Irish Volunteers and fights in Jacob’s biscuit factory during the Easter Rising in 1916. He escapes capture but is arrested in 1920 and interned at Ballykinlar, County Down.

Hayes is first elected to Dáil Éireann as a Sinn Féin TD for the National University of Ireland constituency at the 1921 general election. At the 1922 general election he is elected as a Pro-Treaty Sinn Féin TD. He serves as Minister for Education from January to September 1922, as part of the Dail Aireacht ministry as opposed to the Provisional Government. He has special responsibility for secondary education. He is also acting Minister for Foreign Affairs from August to September 1922. He supports the Anglo-Irish Treaty during the crucial debates in 1922. That same year he is elected Ceann Comhairle of the first Dáil of the Irish Free State. He holds that post for ten years until 1932.

At the 1923 general election, Hayes is elected as a Cumann na nGaedheal TD for two constituencies, Dublin South and National University of Ireland. He resigns his seat in Dublin South following the election.

Hayes loses his Dáil seat at the 1933 general election, but is elected to Seanad Éireann in 1938 for Fine Gael. He remains a Senator until 1965, acting as leader of government and opposition there.

Hayes becomes Professor of Irish at University College Dublin in 1951.