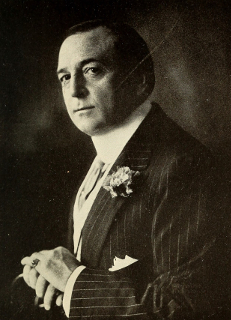 In the early years of his career Olcott sings in minstrel shows, before studying singing in London during the 1880s. Lillian Russell plays a major role in helping make him a Broadway star. When the producer Augustus Pitou approaches him in 1893 to succeed William J. Scanlan as the leading tenor in sentimental operettas on Irish themes, Olcott accepts and performs pseudo-Irish roles for the remainder of his career.

Olcott is a good songwriter who captures the mood of his Irish American audience by combining melodic and rhythmic phrases from traditional Irish music with melancholy sentiment. Some numbers from his musicals become very popular, such as “My Wild Irish Rose” from A Romance of Athlone, “Mother Machree” from Barry of Ballymore, and “When Irish Eyes Are Smiling” from The Isle o’ Dreams. Sometimes he uses tunes from others, such as that of the title song from Macushla from Irish composer Dermot Macmurrough (pseudonym of Harold R. White) or Too Ra Loo Ra Loo Ral (Irish Lullaby) by James Royce Shannon for his production Shameen Dhu (1914).

In 1925, a serious illness forces Olcott to retire and he moves to Monte Carlo, Monaco where he dies of pernicious anemia on March 18, 1932. His body is brought home and interred in the Woodlawn Cemetery in The Bronx, New York City.

Olcott’s life story is told in the 1947 Warner Bros. motion picture My Wild Irish Rose starring Dennis Morgan as Olcott. The film’s plot is based on the biography by Olcott’s widow, Rita Olcott, Song in His Heart (1939).

In 1970, Olcott is posthumously inducted into the Songwriters Hall of Fame.