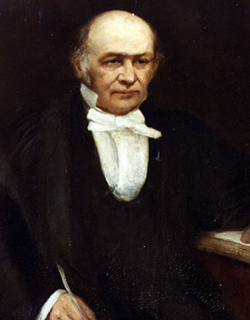 Hamilton is the fourth of nine children born to Sarah Hutton (1780–1817) and Archibald Hamilton (1778–1819). He is part of a small but well-regarded school of mathematicians associated with Trinity College, Dublin, which he enters at age eighteen. He is said to have shown immense talent at a very early age. Astronomer Bishop Dr. John Brinkley remarks of the 18-year-old Hamilton, “This young man, I do not say will be, but is, the first mathematician of his age.”

Trinity College awards him two Optimes, or off-the-chart grades. He studies both classics and mathematics, and is appointed Professor of Astronomy just prior to his graduation. He then takes up residence at Dunsink Observatory where he spends the rest of his life.

Although Hamilton regards himself as a pure mathematician rather than a physicist, his work is of major importance to physics, particularly his reformulation of Newtonian mechanics, now called Hamiltonian mechanics. This work has proven central to the modern study of classical field theories such as electromagnetism, and to the development of quantum mechanics. In pure mathematics, he is best known as the inventor of quaternions.

Hamilton’s scientific career includes the study of geometrical optics, classical mechanics, adaptation of dynamic methods in optical systems, applying quaternion and vector methods to problems in mechanics and in geometry, development of theories of conjugate algebraic couple functions, solvability of polynomial equations and general quintic polynomial solvable by radicals, the analysis on Fluctuating Functions, linear operators on quaternions and proving a result for linear operators on the space of quaternions, which is a special case of the general theorem which today is known as the Cayley–Hamilton theorem. He also invents Icosian calculus, which he uses to investigate closed edge paths on a dodecahedron that visit each vertex exactly once.

Hamilton retains his faculties unimpaired to the very last, and steadily continues the task of finishing the Elements of Quaternions which occupies the last six years of his life. He dies on September 2, 1865, following a severe attack of gout precipitated by excessive drinking and overeating. He is buried in Mount Jerome Cemetery in Dublin.