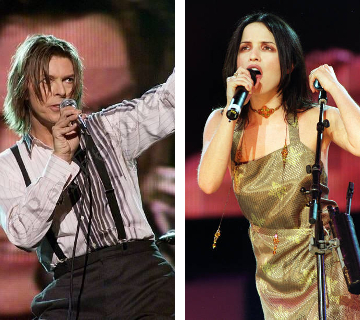 Aiming to raise awareness of world poverty, The Corrs and chartered accountants KPMG jointly launch the NetAid web site on October 7, 1999. NetAid is an anti-poverty initiative started as a joint venture between the United Nations Development Programme and Cisco Systems. It becomes an independent nonprofit organization in 2001 and becomes a part of Mercy Corps in 2007.

NetAid begins with a concert event on October 9, 1999 with simultaneous activities meant to harness the Internet to raise money and awareness for the Jubilee 2000 campaign. Concerts take place at Wembley Stadium in London, Giants Stadium in New Jersey and the Palais des Nations in Geneva. While the Wembley show is at capacity, the U.S. show suffers from very poor ticket sales.

The NetAid website, originally at http://www.netaid.org, receives over 2.4 million hits and raises $830,000 from eight countries. Cisco sponsors the concerts and the web site. Along with Kofi Annan, Keyur Patel, MD of KPMG Consulting spearhead the technology architecture development of the web site and Anaal Udaybabu (Gigabaud Studios, San Francisco) designs the user experience.

Following the concerts, NetAid is spun out of Cisco as an independent entity and tries various approaches to raising awareness of extreme poverty and raising money for anti-poverty projects undertaken by other organizations, through a variety of different NetAid campaigns.

By 2006, NetAid has narrowed its focus to raising awareness among high school students in the United States regarding poverty in developing countries.