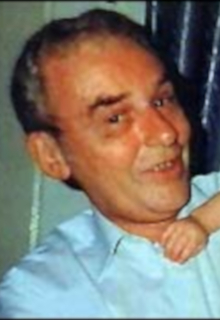 Northern Ireland is plunged into a new crisis after Benedict Hughes, a Catholic, is shot dead on January 21, 1998 as he is getting into his car after finishing his work in a loyalist area of south Belfast. It is the latest murder aimed at wrecking the peace process and the eighth sectarian killing since Christmas.

Hughes, age 55, dies in a hail of bullets in Sandy Row shortly after 5:00 PM, as he is preparing to travel back to his Suffolk Crescent home in west Belfast. The father of three is shot at least five times in the neck and chest as he tries to get into his car which is parked in Utility Street off the Donegall Road. He is taken to the Royal Victoria Hospital where he later dies. The lone gunman makes off on foot in the direction of Felt Street.

The attack comes after the funeral of Fergal McCusker, a Catholic shot dead by the Loyalist Volunteer Force (LVF) just days earlier and ahead of the funerals of Catholic taxi driver Larry Brennan and prominent loyalist Jim Guiney held on January 22.

When forensic people arrive on the scene soon after the shooting, the area is packed with onlookers who believe the shot man is a Protestant.

As a recovery truck comes to remove Hughes’s car later that night, small groups of people are still watching the scene. The Rev. Richard Darmody, the rector of nearby St. Aidan’s Church in Sandy Row, who went to the scene thinking the victim was one of his parishioners, condemns the murder. “I’m shocked and horrified that the life of an innocent person has been taken and that another family has been plunged into grief and pain. I feel very concerned about where this is going to lead and the possibility of more lives being taken and more families being bereaved.”

There is no immediate admission of responsibility. However, the blame is placed firmly on loyalists, either the LVF, which has admitted being behind a series of recent killings, or the Ulster Freedom Fighters, which has remained silent but which is suspected by the security forces of having joined the killings.

Social Democratic and Labour Party (SDLP) councillor Alex Attwood calls on mainstream loyalists to “clarify whether they are really on a ceasefire” because it is clear, he says, the LVF has received help from other loyalist groups, the Ulster Volunteer Force (UVF) or the Ulster Defence Association (UDA).

SDLP councillor Alastair McDonnell says the peace process is not in crisis. Hughes was “an innocent Catholic who was just trying to earn a living, who has no connections with any political or paramilitary grouping. If he had he wouldn’t have worked here.” He adds that there is a “small handful of evil people” who do not want to see peace.

Alliance spokesman Dr. Philip McGarry says there is “no excuse, no justification for causing pain to yet another family.”