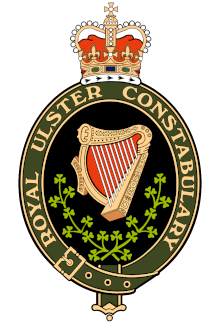 The Royal Ulster Constabulary (RUC), the police force in Northern Ireland from 1922 to 2001, is founded on June 1, 1922 as a successor to the Royal Irish Constabulary (RIC).

At its peak the force has around 8,500 officers with a further 4,500 who are members of the RUC Reserve. During the Troubles (late 1960s-1998), 319 members of the RUC are killed and almost 9,000 injured in paramilitary assassinations or attacks, mostly by the Provisional Irish Republican Army, which by 1983 makes the RUC the most dangerous police force in the world in which to serve. During the same period, the RUC kills 55 people, 28 of whom are civilians.

The RUC is superseded by the Police Service of Northern Ireland (PSNI) in 2001. The former police force is renamed and reformed, as is provided for by the final version of the Police (Northern Ireland) Act 2000. The RUC has been accused by republicans and Irish nationalists of one-sided policing and discrimination, as well as collusion with loyalist paramilitaries. Conversely, it is praised as one of the most professional policing operations in the world by British security forces.

Allegations regarding collusion prompt several inquiries, the most recent of which is published by Police Ombudsman For Northern Ireland Nuala O’Loan on January 22, 2007. The report identifies police, Criminal Investigation Department (CID) and Special Branch collusion with loyalist terrorists under 31 separate headings, in her report on the murder of Raymond McCord, Jr. and other matters, but no member of the RUC has been charged or convicted of any criminal acts as a result of these inquiries. Ombudsman O’Loan states in her conclusions that there is no reason to believe the findings of the investigation were isolated incidents.