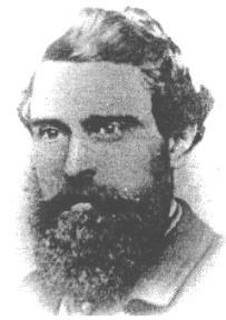 Colonel Patrick Kelly of the Union Army‘s Irish Brigade (The Fighting Irish) dies on June 16, 1864 at the Siege of Petersburg during the American Civil War while leading the Irish Brigade forward against a Confederate position.

Kelly is born in Castlehacket, Tuam, County Galway and emigrates to the United States, landing in New York City. His wife Elizabeth is also from Tuam.

At the outset of the American Civil War, Kelly enlists in the Union Army and sees action as captain of Company E of the 69th New York Infantry at the First Battle of Bull Run. He briefly is a captain in the 16th U.S. Infantry. On September 14, 1861, he is named lieutenant colonel of the 88th New York Volunteer Infantry Regiment and fights in the Irish Brigade’s major battles in 1862. He commands the regiment at the Battle of Antietam. While stationed at Harpers Ferry, West Virginia following the Maryland campaign, he is promoted to colonel on October 20, 1862. He leads the regiment in the ill-fated attacks in front of Marye’s Heights in the Battle of Fredericksburg. He is acting commander of the Irish Brigade at the end of 1862.

After the 1863 Battle of Chancellorsville, Kelly is promoted to command the Irish Brigade following the resignation of Brigadier General Thomas Francis Meagher. He leads the heavily depleted brigade of fewer than 600 men in an attack at the Wheatfield during the Battle of Gettysburg. The brigade loses 198 of 532 troops engaged, approximately 37%.

Kelly resumes his role as colonel of his regiment as more senior officers return to the brigade. However, with the death of Colonel Richard Byrnes at the Battle of Cold Harbor in 1864, he again commands the brigade. At the age of 42, he dies during the Siege of Petersburg on June 16, 1864 when he is shot through the head while leading the Irish Brigade forward against Confederate earthworks. His body is recovered and sent back to New York for his funeral. He is buried in Calvary Cemetery in Woodside, Queens, New York.