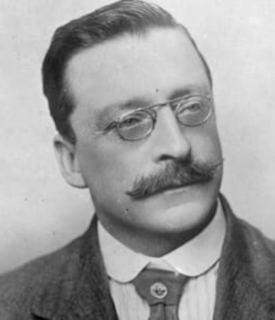 Arthur Joseph Griffith, writer, newspaper editor and politician who founded the political party Sinn Féin, is born in Dublin on March 31, 1871. He leads the Irish delegation at the negotiations that produce the 1921 Anglo-Irish Treaty, and serves as President of Dáil Éireann from January 1922 until his death in August 1922.

Griffith, a Roman Catholic, is educated by the Irish Christian Brothers. He works for a time as a printer before joining the Gaelic League, which is aimed at promoting the restoration of the Irish language.

After a short spell in South Africa, Griffith founds and edits the Irish nationalist newspaper The United Irishman in 1899. In 1904, he writes The Resurrection of Hungary: A Parallel for Ireland, which advocates the withdrawal of Irish members from the Parliament of the United Kingdom and the setting up of the institutions of government at home, a policy that becomes known as Sinn Féin (ourselves). On November 28, 1905, he presents “The Sinn Féin Policy” at the first annual Convention of the National Council. The occasion is marked as the founding date of the Sinn Féin party. Although the organization is still small at the time, Griffith takes over as president of Sinn Féin in 1911.

Griffith is arrested following the Easter Rising of 1916, despite not having taken any part in it. On his release, he works to build up Sinn Féin, which wins a string of by-election victories. At the party’s Ardfheis (annual convention) in October 1917, Sinn Féin becomes an unambiguously republican party, and Griffith resigns the presidency in favour of the 1916 leader Éamon de Valera, becoming vice-president instead. Griffith is elected as a member of parliament (MP) in June 1918, and is re-elected in the 1918 general election, when Sinn Féin wins a huge electoral victory over the Irish Parliamentary Party and, refusing to take their seats at Westminster, set up their own constituent assembly, Dáil Éireann.

In the Dáil, Griffith serves as Minister for Home Affairs from 1919 to 1921, and Minister for Foreign Affairs from 1921 to 1922. In September 1921, he is appointed chairman of the Irish delegation to negotiate a treaty with the British government. After months of negotiations, he and the other four delegates sign the Anglo-Irish Treaty, which creates the Irish Free State, but not as a republic. This leads to a split in the Dáil. After the Treaty is narrowly approved by the Dáil, de Valera resigns as president and Griffith is elected in his place. The split leads to the Irish Civil War.

Griffith enters St. Vincent’s Nursing Home, Leeson Street, Dublin, during the first week of August 1922, following an acute attack of tonsillitis. He is confined to his room by his doctors, who had observed signs of what they thought might be a subarachnoid hemorrhage. It is difficult to keep him quiet and he resumes his daily work in the government building. When about to leave for his office shortly before 10:00 AM on August 12, 1922, he pauses to retie his shoelace and falls down unconscious. He regains consciousness, but collapses again with blood coming from his mouth. Three doctors render assistance, but to no avail. Father John Lee of the Marist Fathers administers extreme unction, and Griffith expires as the priest recites the concluding prayer. The cause of death, cerebral hemorrhage, is also reported as being due to heart failure. He dies at the age of 51, ten days before Michael Collins‘ assassination in County Cork and two months after the outbreak of the Irish Civil War. He is buried in Glasnevin Cemetery four days later.