Harrington is educated locally at the Convent of Mercy in Kinsale, where she is one of only two girls in her class to sit the Leaving Certificate examination. Before entering politics she works as a civil servant with the Department of Posts and Telegraphs. She marries Dan Desmond in 1958.

Desmond is first elected to Dáil Éireann in a by-election on March 10, 1965, due to the death of her husband who had been a Teachta Dála (TD) since 1948. Her victory in the Cork Mid constituency leads Taoiseach Seán Lemass to dissolve the 17th Dáil and call a general election. She is elected for the second time in a year, but loses her seat at the 1969 general election. However she is then elected to the 12th Seanad on the Industrial and Commercial Panel, where she serves until her re-election to the 20th Dáil at the 1973 general election.

Desmond is elected to the European Parliament at the 1979 European Parliament election for the Munster constituency. However her time in Europe is short-lived, as she returns to domestic politics when she is offered a position as Minister and the chance to impact upon national legislation. At the 1981 general election she switches her constituency to Cork South-Central. A Fine Gael–Labour Party coalition comes to power and she is appointed Minister for Health and Social Welfare.

Desmond’s cabinet appointment is historic, as she is only the second woman to be a member of cabinet since the foundation of the state in 1922, and the first in any Fine Gael or Labour Party cabinet. Countess Markievicz had held the cabinet post of Minister for Labour in the revolutionary First Dáil in 1919, but only one woman had held cabinet office after the foundation of the state, Máire Geoghegan-Quinn of Fianna Fáil who was appointed as Minister for the Gaeltacht in 1979.

Desmond retires from full-time politics at the 1987 general election for health reasons. She dies suddenly in Cork, County Cork on January 6, 2005. 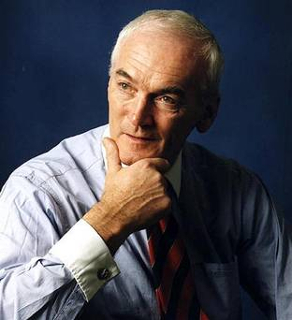 The funeral of Hugh Coveney, politician and former Lord Mayor of Cork, takes place at St. Michael’s Church in Blackrock, Cork on March 18, 1998.

Coveney is born into one of Cork‘s prosperous “merchant prince” families on July 20, 1935. He is educated at Christian Brothers College, Cork, Clongowes Wood College and the Royal Institute of Chartered Surveyors. He works as a chartered quantity surveyor before entering politics.

Coveney is interested in yachting throughout most of his adult life. His yacht Golden Apple of The Sun, designed by Cork-based designer Ron Holland, is a successful competitor in the Admiral’s Cup in the 1970s. A later 50-foot yacht, Golden Apple, is used by the family for the “Sail Chernobyl” project. The family sails around the world to raise €650,000 for Chernobyl Children’s Project International, a charity which offers assistance to children affected by the 1986 Chernobyl disaster.

Coveney is first appointed to the Cabinet in 1994 under John Bruton. He is appointed Minister for Defence and Minister for the Marine. However, he is demoted to a junior ministry the following year after allegations of improper contact with businessmen.

In March 1998 it becomes publicly known that the Moriarty Tribunal has questioned Coveney about whether he had a secret offshore account with Ansbacher Bank, a bank which had become notorious for facilitating tax evasion. Ten days later, on March 13, 1998, Coveney visits his solicitor to change his will. The following day, he dies in a fall from a seaside cliff while out walking alone. His son, Simon Coveney, insists that his father had never held an Ansbacher account. It later emerges that Hugh Coveney had $175,000 on deposit in the secret Cayman Islands-based bank. The account was closed in 1979.

Simon Coveney is later elected to succeed his father in the resulting by-election on November 3, 1998.