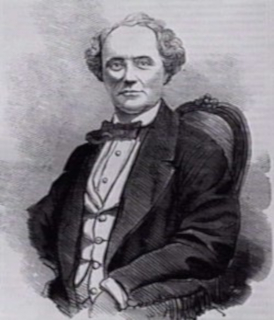 After preparatory education at Worplesdon and at Greenford, near Harrow, Kean is sent to Eton College, where he remains for three years. In 1827, he is offered a cadetship in the East India Company‘s service, which he is prepared to accept if his father would settle an income of £400 on his mother. The elder Kean refuses to do this, so he determines to become an actor. He makes his first appearance at Drury Lane on October 1, 1827 as Norval in John Home‘s Douglas, but his continued failure to achieve popularity leads him to leave London in the spring of 1828 for the provinces. In Glasgow, on October 1 of that year, father and son act together in Arnold Payne’s Brutus, the elder Kean in the title role and his son as Titus.

After a visit to the United States in 1830, where he is received with much favour, Kean appears in 1833 at Covent Garden as “Sir Edmund Mortimer” in George Colman‘s The Iron Chest, but his success is not pronounced enough to encourage him to remain in London, especially as he has already won a high position in the provinces. In January 1838, however, he returns to Drury Lane, and plays Hamlet with a success which gives him a place among the principal tragedians of his time. He marries the actress Ellen Tree (1805-1880) on January 25, 1842, and pays a second visit to the United States with her from 1845 to 1847.

Returning to England, Kean enters on a successful engagement at the Haymarket Theatre, and in 1850, with Robert Keeley, becomes lessee of the Princess’s Theatre, London. The most noteworthy feature of his management is a series of gorgeous Shakespearean revivals that aim for “authenticity.” He also mentors the young Ellen Terry in juvenile roles. In melodramatic parts such as the king in Dion Boucicault‘s adaptation of Casimir Delavigne‘s Louis XI, and Louis and Fabian dei Franchi in Boucicault’s adaptation of Alexandre Dumas‘s The Corsican Brothers, his success is complete. In 1854 the writer Charles Reade creates a play The Courier of Lyons for Kean to appear in, which becomes one of the most popular plays of the Victorian era.

From his “tour round the world” Kean returns to England in 1866 in broken health, and dies at the age of 57 in London on January 22, 1868. He is buried in All Saints Churchyard, Catherington, East Hampshire district, Hampshire. 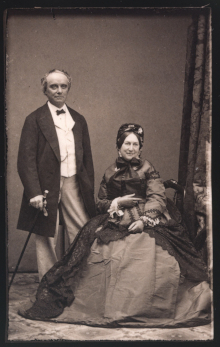 Ellen Kean, one of the finest English actresses of her day, dies in Bayswater, City of Westminster, England on August 20, 1880. She is known as Ellen Tree until her marriage in 1842, after which she is known both privately and professionally as Mrs. Charles Kean and always appears in productions together with her husband.

Kean is born Eleanora Tree in Ireland on December 12, 1805, the third of four daughters of Cornelius Tree, an official of the East India Company in London. Her three sisters become actresses, but, unlike Ellen, retire from the stage when they marry. Her professional stage debut is in a musical version of Twelfth Night in London in 1822 as Olivia alongside her sister Maria as Viola. She gains experience touring in the provinces, and from 1826 is a regular member of the companies at the Theatre Royal, Drury Lane and Theatre Royal Haymarket, making a success in The Wonder and The Youthful Queen. At the Royal Opera House at Covent Garden she takes on the roles of William Shakespeare‘s Romeo to the Juliet of Fanny Kemble, Françoise de Foix in Francis I, and Lady Townley in The Provoked Husband.

In 1832, by now established as a leading actress, Tree accepts an engagement in Hamburg, Germany, where a junior member of the company is Charles Kean. He had made an undistinguished debut at Drury Lane in 1827, and he and Tree had acted together in 1828 in a play called Lovers’ Vows and later in Othello. In the German season they fall in love, but are persuaded by family and friends not to marry in haste. Tree returns to London and resumes her successful West End career, including a considerable success in Ion in another breeches role. At the end of 1836, Tree goes to the United States, where she tours in Shakespeare for more than three years, playing heroines such as Rosalind, Viola and Beatrice, among other roles. By the time of her return to England in 1839, she has made a profit of £12,000 on the tour, equivalent to at least £1 million in modern terms.

By 1841 Charles Kean has established himself as a successful actor, and he and Tree appear together in Romeo and Juliet at the Theatre Royal Haymarket. They are married the next year, and she at once switches her professional name from Ellen Tree to Mrs. Charles Kean. For the next nine years they appear together at the Haymarket, making a joint visit to the United States in 1846. In 1850, Kean takes over the management of the Princess’s Theatre in London. The Times called this “the most important period of Mrs. Kean’s career…. Hitherto she had been the Rosalind and the Viola of the stage; henceforward her name was to be associated with characters of a more matronly type” in roles including Lady Macbeth and Gertrude in Hamlet. The same writer also credits her for “the good taste and artistic completeness” of Kean’s productions. Ellen Terry, who makes her first stage appearance as the boy Mamillius in The Winter’s Tale, remembers Kean “as Hermione wearing a Greek wreath round her head and a crinoline with many layers of petticoats.”

Charles Kean dies in 1868, and his widow retires from the stage, living quietly in Bayswater, in the City of Westminster, where she dies at the age of 73 on August 20, 1880. The Times in its obituary says, “Mrs. Kean is not to be numbered with the greatest votaries of the English stage, but her acting was distinguished by considerable power, tenderness and refinement.” She is buried in a vault alongside her husband at Catherington, Hampshire.