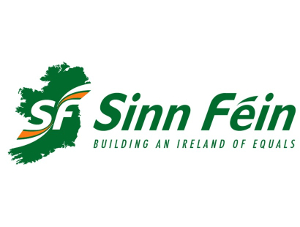 Originally from Cork, Buckley joins Inghinidhe na hÉireann, which was founded in 1900, taking an active role in the women’s movement. She is involved in anti-British royal visit protests in 1903 and 1907 and is among the group that founds An Dún in Cork in 1910. In 1906, she marries Patrick Buckley, described as “a typical rugby-playing British civil servant.” After his death she moves into a house in Marguerite Road, Glasnevin, Dublin. Later, she returns to Cork to care for her elderly father.

Arrested in the aftermath of 1916 Easter Rising, she is released in the amnesty of June 1917 and plays a prominent role in the reorganisation of Sinn Féin. She is involved in the Irish War of Independence in Cork.

After the death of her father, Buckley returns to Dublin. In 1920, she becomes a Dáil Court judge in the North city circuit, appointed by Austin Stack, the Minister for Home Affairs of the Irish Republic. She opposes the Anglo-Irish Treaty and is interned in Mountjoy Gaol and Kilmainham Gaol, where she goes on a hunger strike. She is released in October 1923. During her imprisonment, she is elected Officer Commanding (OC) of the republican prisoners in Mountjoy, Quartermaster (QM) in the North Dublin Union and OC of B-Wing in Kilmainham. She is an active member of the Women Prisoners’ Defence League, founded by Maud Gonne and Charlotte Despard in 1922.

In 1929, she serves as a member of Comhairle na Poblachta which unsuccessfully attempts to resolve the differences between Sinn Féin and the Irish Republican Army (IRA). She is also an organiser for the Irish Women Workers’ Union.

At the October 1934 Sinn Féin ardfheis, Buckley is elected one of the party’s vice-presidents. Three years later, in 1937, she succeeds Cathal Ó Murchadha, who is a former Teachta Dála (TD) of the second Dáil Éireann, as President of Sinn Féin at an ardfheis attended by only forty delegates.

When she assumes the leadership of Sinn Féin, the party is not supported by the IRA, which had severed its links with the party in the 1920s. When she leaves the office in 1950, relations with the IRA have been resolved. As President she begins the lawsuit Buckley v. Attorney-General, the Sinn Féin Funds case, in which the party seeks unsuccessfully to be recognised as owners of money raised by Sinn Féin before 1922 and held in trust in the High Court since 1924.

In 1938, her book, The Jangle of the Keys, about the experiences of Irish Republican women prisoners interned by the Irish Free State forces is published. In 1956, her Short History of Sinn Féin is published.

Buckley serves as honorary vice-president of Sinn Féin from 1950 until her death in 1962. She is the only member of the Ard Chomhairle of the party not to be arrested during a police raid in July 1957.

Margaret Buckley dies on July 24, 1962 and is buried in St. Finbarr’s Cemetery in Cork.