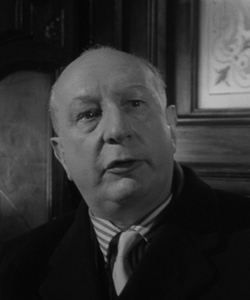 Edwards begins his career acting with the Charles Doran Shakespeare Company in 1920 in Windsor and then joins The Old Vic in London, playing in all but two of Shakespeare‘s plays before leaving the company a few years later. Trained in music, he also sings baritone roles with the Old Vic Opera company.

After touring with various companies in Britain and South Africa, Edwards goes to Ireland in 1927 for a season with Anew McMaster’s company and meets McMaster’s brother-in-law, Micheál Mac Liammóir. As he tells an interviewer once, both men want a theater of their own. Mac Liammóir wants it to be in Ireland and Edwards does not care. “I don’t care about nationalism, I care about the theater,” he says.

Edwards and Mac Liammóir co-found the Gate Theatre in Dublin in 1928. The two men’s talents are complementary. Mac Liammóir is an actor, designer, and writer. Edwards is a director, actor, producer, and lighting designer. Edwards produces and directs more than 300 plays at the Gate, ranging from the works of Aeschylus and Sophocles, Johann Wolfgang von Goethe and Henrik Ibsen to the comedies of George Bernard Shaw and Richard Brinsley Sheridan and new Irish plays, by such authors as W.B. Yeats, Brian Friel, and Mac Liammóir.

In New York City in 1948 Edwards plays in and directs John Bull’s Other Island and directs The Old Lady Says No and Where Stars Walk. In 1961 Edwards takes a two-year leave from the Gate to become the first Head of Drama at Telefís Éireann. A year later, he wins a Jacob’s Award for his television series Self Portrait.

Edwards appears in 15 films, including Captain Lightfoot (1955), David and Goliath (1960), Victim (1961), and Half a Sixpence (1967). He also writes and directs Orson Welles‘s Return to Glennascaul (1951). However, he is primarily known for his theatre work. He is nominated for a Tony Award in 1966 for Best Director of a Drama for Philadelphia, Here I Come!

Hilton Edwards dies in a Dublin hospital on November 18, 1982. Edwards and Mac Liammóir are the subject of a biography, titled The Boys by Christophor Fitz-Simon.