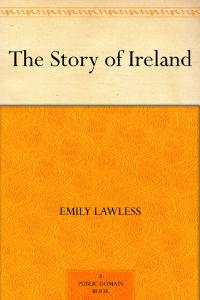 The Honourable Emily Lawless, Irish novelist and poet from County Kildare, dies at Gomshall, a village in the borough of Guildford in Surrey, England, on October 19, 1913. According to Betty Webb Brewer, writing in 1983 for the journal of the Irish American Cultural Institute, Éire/Ireland, “An unflagging unionist, she recognised the rich literary potential in the native tradition and wrote novels with peasant heroes and heroines, Lawless depicted with equal sympathy the Anglo-Irish landholders.”

Lawless is born at Lyons Demesne below Lyons Hill, Ardclough, County Kildare. Her grandfather is Valentine Lawless, 2nd Baron Cloncurry, a member of the Society of United Irishmen and son of a convert from Catholicism to the Church of Ireland. Her father is Edward Lawless, 3rd Baron Cloncurry, thus giving her the title of “The Honourable.” In contrast, her brother Edward Lawless is a landowner with strong Unionist opinions, a policy of not employing Roman Catholics in any position in his household, and chairman of the Property Defence Association set up in 1880 to oppose the Irish National Land League and “uphold the rights of property against organised combination to defraud.” The prominent Anglo-Irish unionist and later nationalist, Home Rule politician Horace Plunkett is a cousin. Lord Castletown, Bernard FitzPatrick, 2nd Baron Castletown is also a cousin. It is widely believed that she is a lesbian and that Lady Sarah Spencer, dedicatee of A Garden Diary (1901) is her lover.

Lawless spends part of her childhood with the Kirwans of Castle Hackett, County Galway, her mother’s family, and draws on West of Ireland themes for many of her works. She occasionally writes under the pen name “Edith Lytton.”

Lawless writes nineteen works of fiction, biography, history, nature studies and poetry, many of which are widely read at the time. She is most famous today for her Wild Geese poems (1902).

Some critics identify a theme of noble landlord and noble peasant in her fourth book, Hurrish, a Land War story set in The Burren of County Clare which is read by William Ewart Gladstone and said to have influenced his policy. It deals with the theme of Irish hostility to English law. In the course of the book a landlord is assassinated, and Hurrish’s mother, Bridget, refuses to identify the murderer, a dull-witted brutal neighbour. The book is criticised by Irish-Ireland journals for its “grossly exaggerated violence,” its embarrassing dialect, staid characters.

Her reputation is damaged by William Butler Yeats who accuses her in a critique of having “an imperfect sympathy with the Celtic nature” and for adopting “theory invented by political journalists and forensic historians.” Despite this, Yeats includes her novels With Essex in Ireland (1890) and Maelcho (1894) in his list of the best Irish novels.

Emily Lawless dies at Gomshall, Surrey, on October 19, 1913. Her papers are preserved in Marsh’s Library in Dublin.