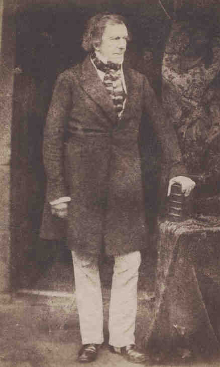 Crampton is the son of a dentist. He is a childhood friend of Theobald Wolfe Tone, the United Irishman, and a cousin, on his mother’s side, of Thomas Verner, Grand Master of the Orange Order. He joins the army when young and becomes an assistant surgeon. When he is appointed surgeon to the Meath Hospital in 1798 he is not yet fully qualified, and goes on to graduate in Glasgow in 1800. A few years later he also becomes assistant surgeon at the Westmoreland Lock Hospital, Dublin and also builds up a large private practice at his house in Dawson St. He joins Peter Harkan in teaching anatomy in private lectures, forming the first private school of anatomy and surgery in the city.

Crampton becomes a Fellow of the Royal Society (FRS) in Ireland for a treatise on the construction of eyes of birds, written in 1813. This is later published, with other writings, in the Dublin Journal of Medical Science.

Crompton resigns the chief-surgeoncy of the Westmoreland Lock Hospital when he is appointed surgeon-general to the forces in Ireland. He remains as consulting surgeon to Dr. Steevens’ Hospital and the Dublin Lying-In Hospital. He is three times president of the Dublin College of Surgeons and he is knighted in 1839.

Crompton is always interested in zoological science and plays an active part in founding the Royal Zoological Society of Ireland and is many times its president. He is also a member of the Royal Irish Academy.

The Crampton Memorial, at the junction of College St. with Pearse St. and D’Olier St., is erected from the design of sculptor John Kirk in 1862. It is of a curious design, consisting of a bust above a fountain and surmounted by a cascade of metal foliage. As it is slowly falling apart, it is removed in 1959. James Joyce references the monument in his novel Ulysses when Leopold Bloom passes the monument and thinks, “Sir Philip Crampton’s memorial fountain bust. Who was he?”