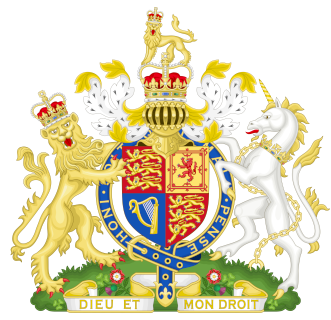 The Roman Catholic Relief Act 1829, the culmination of the process of Catholic emancipation throughout the United Kingdom, receives royal assent on April 13, 1829. In Ireland it repeals the Test Act 1673 and the remaining Penal Laws which had been in force since the passing of the Disenfranchising Act of the Parliament of Ireland of 1728. Its passage follows a vigorous campaign that threatens insurrection led by Irish lawyer Daniel O’Connell. The British leaders, starting with the Prime Minister,  Arthur Wellesley, 1st Duke of Wellington,  and his top aide Robert Peel, although personally opposed, give in to avoid civil strife. Ireland is quiet after the passage.

In 1778, English Catholics are relieved of the restrictions on land inheritance and purchase. A savage reaction to these concessions produces the Gordon Riots of 1780, and the whole history of Catholic Emancipation is one of struggle against great resistance. In 1791 the Roman Catholic Relief Act repeals most of the disabilities in Great Britain, provided Catholics take an oath of loyalty. In 1793 the army, the navy, the universities, and the judiciary are opened to Catholics, although seats in Parliament and some offices are still denied. These reforms are sponsored by William Pitt the Younger, who hopes thereby to split the alliance of Irish Catholics and Protestants. But Pitt’s attempt to secure a general repeal of the Penal Laws is thwarted by George III. Pope Pius VII consents to a royal veto on episcopal nominations if the Penal Laws are repealed, but the move fails. In Ireland the repeal of Poynings’ Law in 1782 is followed by an act (1792) of the Irish Parliament relaxing the marriage and education laws and an act (1793) allowing Catholics to vote and hold most offices.

The Roman Catholic Relief Act 1829 permits members of the Catholic Church to sit in the parliament at Westminster and to hold all but a handful of public offices. O’Connell had won a seat in a by-election for Clare in 1828 against an Anglican. Under the then extant penal law, O’Connell as a Catholic, is forbidden to take his seat in Parliament. Peel, the Home Secretary, until then is called “Orange Peel” because he always supports the Orange (anti-Catholic) position. Peel now concludes, “Though emancipation was a great danger, civil strife was a greater danger.” Fearing a revolution in Ireland, Peel draws up the Catholic Relief Bill and guides it through the House of Commons. To overcome the vehement opposition of both the House of Lords and King George IV, the Duke of Wellington works tirelessly to ensure passage in the House of Lords, and threatens to resign as Prime Minister if the King does not give Royal Assent.

With the Universities Tests Act 1871, which opens the universities to Roman Catholics, Catholic Emancipation in the United Kingdom is virtually complete.