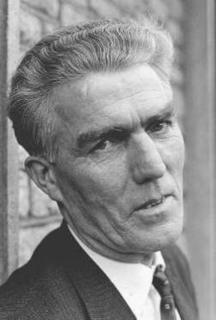 Joe Heaney, traditional Irish singer also known as Joe Éinniú or Seosamh Ó hÉanaí, dies in Seattle, Washington on May 1, 1984. He spends most of his adult life abroad, living in England, Scotland and New York City, in the course of which he records hundreds of songs.

Heaney is born Carna, a remote village in the Irish-speaking district of Connemara, County Galway, along the west coast of Ireland on October 15, 1919. He starts singing at the age of five, but his shyness keeps him from singing in public until he is 20. He learns English at school in Carna. When he is 16 years old, he wins a scholarship to attend school in Dublin. While there he wins first and second prizes at a national singing competition. Most of his repertoire, estimated to exceed 500 songs, is learned while growing up in Carna.

In 1949, Heaney goes to London where he works on building sites and becomes involved in the folk-music scene. He records for the  Topic Records and Gael Linn Records labels. He is married for six years until his wife dies of tuberculosis.

Heaney is recorded by Pádraic Ó Raghallaigh for Raidió Teilifís Éireann, and by Peter Kennedy for the BBC in 1959. The BBC recordings are assembled on a BBC LP, not commercially issued, as BBC LP 22570.

Heaney comes to the United States in 1965 at the invitation of the Newport Folk Festival. After singing at Newport, he decides to move to America and settles in New York City. From 1982 until 1984, Heaney is an artist-in-residence at the University of Washington in Seattle after previously having taught at Wesleyan University in Middletown, Connecticut.

Joe Heaney dies of emphysema in Seattle on May 1, 1984. The Joe Heaney Collection of the University of Washington Ethnomusicology Archives is established after his death. The Féile Chomórtha Joe Éinniú (Joe Heaney Commemorative Festival) is held every year in Carna. An Irish-language biography of him has been written by Liam Mac Con Iomaire, and a biography that discusses his work in the larger context of Ireland and the United States was published in 2011 by Sean Williams and Lillis Ó Laoire.