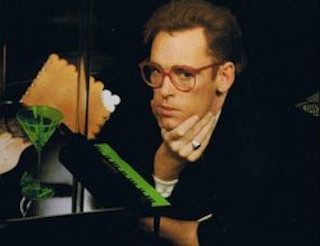 James Harry McShane, Irish singer best known as the front man of Italian band Baltimora that had the hit song “Tarzan Boy,” is born in Derry, County Londonderry, Northern Ireland on May 23, 1957.

McShane learns at a young age to play bass and guitar. As a teenager, he is allegedly shunned by his family after they learn of his homosexuality. Later as a young man in the late 1970s, he leaves Northern Ireland to study at a stage school in London, where he learns to dance, sing and recite.

Hired as a stage dancer and backing singer, McShane soon goes around Europe with Dee D. Jackson and her band. During a visit to Italy with the band, he is attracted to the country’s underground dance scene, which leads to him settling in Milan in 1984. He tells Dick Clark on American Bandstand in 1986 that he fell in love with Italy from that moment. He also learns the Italian language.

McShane makes his debut playing in small clubs in his hometown and is presented to various audiences, without success. In view of his low artistic success, he decides to work as an Emergency Medical Technician (EMT) for the Red Cross until he meets Italian record producer and keyboardist Maurizio Bassi, with whom he creates Baltimora. The act finds success with its most popular single, “Tarzan Boy”, released in 1985.

In the United States, McShane is overwhelmed with the success of “Tarzan Boy”. Some sources state lead vocals are performed by Maurizio Bassi, the group’s keyboardist, with McShane actually providing the backing vocals. This still remains uncertain, and McShane lip synchs while appearing in the “Tarzan Boy” music video, and not Bassi. Both the music and the lyrics of Baltimora are written mostly by Bassi and Naimy Hackett, though McShane writes the lyrics to some of their songs, such as the single “Survivor in Love.”

After the release of “Survivor in Love,” with no label support for a follow-up album and due to its poor success, Bassi decides it is time to move on to other projects and Baltimora disbands.

The single “Tarzan Boy” bounces back into the Billboard Hot 100 chart in March 1993 as a remix, climbing to No. 51, at the time of its appearance in a Listerine commercial. The song is also featured in the films Teenage Mutant Ninja Turtles III (1993), Beverly Hills Ninja (1997) and is then referenced in A Million Ways to Die in the West (2014).

McShane is diagnosed with AIDS in Milan in 1994. A few months later he returns to Northern Ireland to spend his final year, and dies in his native Derry on March 29, 1995 at the age of 37. A family spokesman issues the following statement after his death: “He faced his illness with courage and died with great dignity.” In the centre of Derry, a commemorative plaque is bestowed upon the grave of McShane and his father, who had died three years prior. 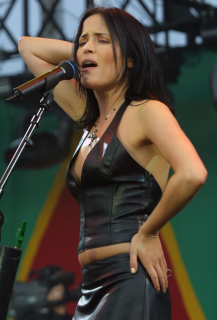 Corr, the youngest of four children, is born to Gerry Corr, a manager of the payroll department of the Irish Electricity Supply Board (ESB), and his wife, Jean, a housewife. Gerry and Jean have their own band, Sound Affair, which plays songs by ABBA and the Eagles in local pubs in Dundalk where they would often bring along their children.

With the encouragement of her parents, Corr takes up the tin whistle and is taught the piano by her father. Throughout their teenage years, she and her siblings often practise in her brother Jim‘s bedroom at a house he had rented. She sings lead vocals, her sister Sharon plays the violin and sister Caroline and Jim both play keyboards. She takes part in school plays at her school, Dundalk’s Dún Lughaidh Convent.

Corr debuts in 1990 as the lead singer of the Celtic folk rock and pop rock group The Corrs along with her three siblings. Aside from singing lead vocals she plays the tin whistle, the ukulele, and the piano.

With the others, Corr releases six studio albums, two compilation albums, one remix album and two live albums. She also pursues a solo career, releasing her debut album, Ten Feet High, in 2007. The album moves away from the sound of the Corrs and features a dance-pop sound. Her next album, released on May 30, 2011, is entirely made up of covers of songs that were important to her when younger.

Corr is involved in charitable activities. She plays charity concerts to raise money for the Pavarotti & Friends Liberian Children’s Village, Freeman Hospital in Newcastle upon Tyne, England, the victims of the Omagh bombing in Northern Ireland and The Prince’s Trust in 2004. She is an ambassador for Nelson Mandela‘s “46664” campaign, raising awareness towards AIDS in Africa. During the Edinburgh Live 8 on July 2, 2005 The Corrs perform “When the Stars Go Blue” alongside Bono to promote the Make Poverty History campaign. Along with her siblings, she is appointed an honorary MBE in 2005 by Queen Elizabeth II for her contribution to music and charity.