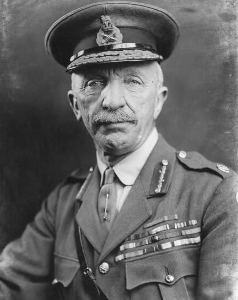 Field Marshal Sir Henry Hughes Wilson, 1st Baronet, GCB, DSO, one of the most senior British Army staff officers of World War I and briefly an Irish unionist politician, is born at Currygrane in Ballinalee, County Longford on May 5, 1864.

Wilson attends Marlborough public school between September 1877 and Easter 1880, before leaving for a crammer to prepare for the Army.

Wilson serves as Commandant of the Staff College, Camberley, and then as Director of Military Operations at the War Office, in which post he plays a vital role in drawing up plans to deploy an Expeditionary Force to France in the event of war. During these years he acquires a reputation as a political intriguer for his role in agitating for the introduction of conscription and in the Curragh incident of 1914, when he encourages senior officers to resign rather than move against the Ulster Volunteers.

As Sub Chief of Staff to the British Expeditionary Force (BEF), Wilson is John French‘s most important adviser during the 1914 campaign, but his poor relations with Douglas Haig and William Robertson see him sidelined from top decision-making in the middle years of the war. He plays an important role in Anglo-French military relations in 1915 and, after his only experience of field command as a corps commander in 1916, again as an ally of the controversial French General Robert Nivelle in early 1917. Later in 1917 he is informal military advisor to British Prime Minister David Lloyd George, and then British Permanent Military Representative at the Supreme War Council at Versailles.

In 1918 Wilson serves as Chief of the Imperial General Staff, the professional head of the British Army. He continues to hold this position after the war, a time when the Army is being sharply reduced in size whilst attempting to contain industrial unrest in the UK and nationalist unrest in Mesopotamia, Iraq and Egypt. He also plays an important role in the Irish War of Independence.

After retiring from the army Wilson serves briefly as a Member of Parliament, and also as security advisor to the Government of Northern Ireland. He is assassinated on his own doorstep by two Irish Republican Army (IRA) gunmen on June 22, 1922 while returning home from unveiling the Great Eastern Railway War Memorial at Liverpool Street station. 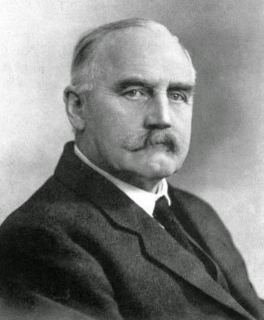 Sir Thomas Myles, a prominent Irish Home Ruler and surgeon, is born in Limerick, County Limerick on April 20, 1857. He is involved in the importation of arms for the Irish Volunteers in 1914.

Myles is the third of eleven children born to John Myles (1807-1871), a wealthy corn merchant, and his second wife Prudence, daughter of William Bradshaw of Kylebeg, County Tipperary. The Myles family has been prominent merchants in and around Limerick city since Oliver Cromwell‘s time.

A prominent sportsman from an early age, Myles graduates in medicine at Trinity College Dublin in 1881. One of his duties in his first job as resident surgeon at Dr. Steevens’s Hospital is to render medical assistance to the victims of the Phoenix Park murders on May 6, 1882.

From 1900 until 1902, Myles is President of the Royal College of Surgeons in Ireland. After stepping down, he is appointed a Knight Bachelor in the 1902 Coronation Honours list published on June 26, 1902, and knighted by the Lord Lieutenant of Ireland, George Cadogan, 5th Earl Cadogan, at Dublin Castle on August 11, 1902. He also receives the honorary freedom of his native city.

Myles is also an active Home Ruler. He owns a yacht, the Chotah. In 1914, he is recruited by James Creed Meredith to help in the importation of guns for the Irish Volunteers with Erskine Childers, Edward Conor Marshall O’Brien and others. Childers lands his part of the consignment from the Asgard at Howth on July 26, 1914. Myles’s cargo is landed by the Chotah at Kilcoole, County Wicklow a week later. Meredith himself helps out aboard the Chotah during the operation. On August 1, 1914, 600 Mauser rifles and 20,000 rounds of ammunition are landed at the beach in Kilcoole. Once the arms are landed they are taken away by Volunteers on bicycles and in vehicles. The arms are taken to Patrick Pearse‘s St. Enda’s School, in Rathfarnham, County Dublin.

Myles is appointed temporary Lieutenant Colonel in the Royal Army Medical Corps on November 21, 1914 and also becomes Honorary Surgeon in Ireland to the King. He is appointed to be an Additional Member of the Military Division of the Third Class, or Companion, of the Most Honourable Order of the Bath, for services rendered in connection with the war, the appointment to date from January 1, 1917.

Sir Thomas Myles dies at the St. Lawrence’s Hospital in Dublin on July 14, 1937 and is buried at Deansgrange Cemetery in Dublin. Every year at the University of Limerick, the Sir Thomas Myles lecture is delivered as part of the Sylvester O’Halloran Surgical Meeting in honour of this remarkable surgeon and son of Limerick.