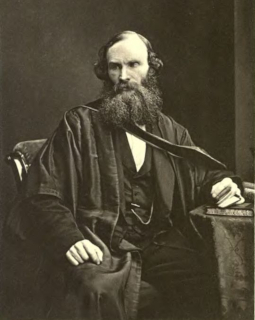 James Thomson, engineer and physicist whose reputation is substantial though overshadowed by that of his younger brother William Thomson (Lord Kelvin), is born in Belfast on February 16, 1822.

Thomson spends much of his youth in Glasgow. His father James is professor of mathematics at the University of Glasgow from 1832 onward. He attends Glasgow University from a young age and graduates in 1839 with high honors in his late teens. After graduation, he serves brief apprenticeships with practical engineers in several domains. He then gives a considerable amount of his time to theoretical and mathematical engineering studies, often in collaboration with his brother, during his twenties in Glasgow. In his late twenties he enters into private practice as a professional engineer with special expertise in water transport. In 1855, he is appointed professor of civil engineering at Queen’s University Belfast. He remains there until 1873, when he accepts the Regius professorship of Civil Engineering and Mechanics at the University of Glasgow in which he is successor to the influential William Rankine. He serves in this position until he resigns with failing eyesight in 1889.

Thomson dies of cholera in Glasgow on May 8, 1892. He is buried on the northern slopes of the Glasgow Necropolis overlooking Glasgow Cathedral. One obituary describes Thomson as “a man of singular purity of mind and simplicity of character,” whose “gentle kindness and unfailing courtesy will be long remembered.”

Thomson is known for his work on the improvement of water wheels, water pumps and turbines. He is also known for his innovations in the analysis of regelation, i.e., the effect of pressure on the freezing point of water, and his studies in glaciology including glacial motion, where he extends the work of James David Forbes. He studies the experimental work of his colleague Thomas Andrews concerning the continuity of the liquid and gaseous states of matter, and strengthens understanding of it by applying his strong knowledge of thermodynamics. He derives a simplified form of the Clapeyron equation for the solid-liquid phase boundary. He proposes the term triple point to describe the conditions for which solid, liquid and vapour states are all in equilibrium.

Thomson also makes contributions in the realm of fluid dynamics of rivers. It is claimed that the term torque is introduced into English scientific literature by Thomson in 1884. 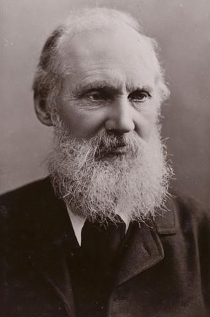 At the University of Glasgow he does important work in the mathematical analysis of electricity and formulation of the first and second laws of thermodynamics, and does much to unify the emerging discipline of physics in its modern form. He works closely with mathematics professor Hugh Blackburn in his work. He also has a career as an electrical telegraph engineer and inventor, which propels him into the public eye and ensures his wealth, fame and honour. For his work on the transatlantic telegraph project he is knighted in 1866 by Queen Victoria, becoming Sir William Thomson. He has extensive maritime interests and is most noted for his work on the mariner’s compass, which had previously been limited in reliability.

Absolute temperatures are stated in units of kelvin in his honour. While the existence of a lower limit to temperature (absolute zero) is known prior to his work, Thomson is widely known for determining its correct value as approximately −273.15 degree Celsius or −459.67 degree Fahrenheit.

Thomson is ennobled in 1892 in recognition of his achievements in thermodynamics, and of his opposition to Irish Home Rule, becoming Baron Kelvin, of Largs in the County of Ayr. He is the first British scientist to be elevated to the House of Lords. The title refers to the River Kelvin, which flows close by his laboratory at the University of Glasgow. His home is the imposing red sandstone mansion Netherhall, in Largs. Despite offers of elevated posts from several world-renowned universities, Thomson refuses to leave Glasgow, remaining Professor of Natural Philosophy for over 50 years, until his eventual retirement from that post. The Hunterian Museum at the University of Glasgow has a permanent exhibition on the work of Thomson including many of his original papers, instruments and other artifacts such as his smoking pipe.

Always active in industrial research and development, he is recruited around 1899 by George Eastman to serve as vice-chairman of the board of the British company Kodak Limited, affiliated with Eastman Kodak.

In November 1907 he catches a chill and his condition deteriorates until he dies at his Scottish residence, Netherhall, in Largs on December 17.

Lord Kelvin is an elder of St. Columba’s Parish Church (Church of Scotland) in Largs for many years. It is to that church that his remains are taken after his death. Following the funeral service, his body is taken to Bute Hall in his beloved University of Glasgow for a service of remembrance before being taken to London for interment at Westminster Abbey, near the final resting place of Sir Isaac Newton.