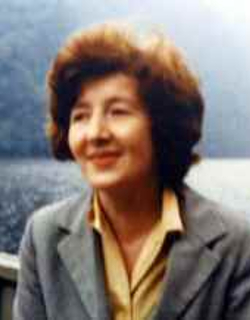 Daly is born in the Curragh Irish Army camp, County Kildare in 1928. She grows up in Hatch Street, Dublin and attends Loreto College on St. Stephen’s Green and University College, Dublin, graduating in history. She goes on to teach economic history in UCD for some years before moving to Southampton University with her husband, Joseph Lee. Two years after her first husband dies, she marries James Daly and returns to Ireland with him in 1968. They both are appointed lecturers in Queen’s University Belfast.

Daly soon becomes an activist in the civil rights movement, particularly following the introduction of internment without trial by the Government of Northern Ireland. She is active in the Northern Ireland Civil Rights Association and the Northern Resistance Movement.

Daly is a militant member of the Prisoners’ Relatives Action Committee and the national Hunger Strike Committee. In that campaign, she works with Seamus Costello and soon joins him in the Irish Republican Socialist Party (IRSP) and the Irish National Liberation Army (INLA). After Costello is assassinated, she becomes chairperson, leading the party for two years. During this time she and her husband are instrumental in opposing Sinn Féin‘s drift towards federalism.

On June 26, 1980, Daly is shot dead at her home in the Andersonstown area of west Belfast. At the time of her assassination, she is in charge of the IRSP prisoners’ welfare.

According to reports in The Irish Times, members of the Ulster Defence Association gain entry to her home with the intention of killing her husband, who is also a republican activist. Daly is captured and tied up while they wait for him to return home. However, he is in Dublin at the time and so does not arrive. After a considerable time, the UDA men decide to kill Daly instead. Muffling the sound of the gun with a cushion, they shoot her in the head and cut the phone lines before fleeing. Her body is discovered when her ten-year-old daughter arrives home from school.

Daly is buried in Swords, County Dublin. Mourners at her funeral, which features the firing of a volley of shots over her coffin, includes Seán Mac Stíofáin and Ruairí Ó Brádaigh. She is included as a volunteer on the INLA monument in Milltown Cemetery and is one of several commemorated by an IRSP mural on the Springfield Road, Belfast.