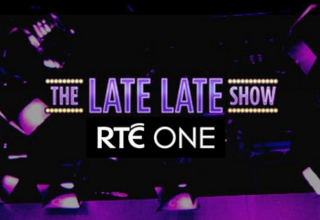 The Late Late Show, the Irish talk show, airs on RTÉ One for the first time on July 6, 1962. It is the world’s second longest-running late-night talk show, following The Tonight Show in the United States. Perceived as the official flagship television programme of Ireland’s public service broadcaster Raidió Teilifís Éireann (RTÉ), it is regarded as an Irish television institution and is broadcast live across two hours plus in front of a studio audience on Friday nights between September and May.

Having maintained the same name and format continuously, The Late Late Show is first broadcast on Friday, July 6, 1962 and in colour from 1976. Originating as temporary summer filler for a niche Saturday night audience, it later moves to its current home on Friday night schedules. The format has remained largely the same throughout — dialogue, sketch comedy, musical performances, discourse on topical issues. It has influenced attitudes of the populace towards approval or disapproval of its chosen topics, directed social change and helped shape Irish societal norms. It averages 650,000 viewers per episode and has consistently achieved RTÉ’s highest ratings.

For much of its early life, RTÉ Television Centre‘s Studio 1 in Donnybrook, Dublin is its home. This original studio accommodates a small audience of about 120. In 1995, The Late Late Show transfers to the more spacious Studio 4, adapted specifically to cater for this and Kenny Live. Three external broadcasts have aired, most recently from the Wexford Opera House on September 5, 2008.

Original host Gay Byrne presents the show until May 21, 1999. Pat Kenny is Byrne’s successor hosting the show for 10 years between 1999 and 2009. Ryan Tubridy is the current presenter, having succeeded Kenny in September 2009. Under Tubridy, first QUINN Group and then Sky Broadband add sponsorship deals. Tubridy’s arrival coincides with a marked increase in audience ratings with some early statistics comparing him to the Byrne era. On February 1, 2013, Pat Kenny returns to host that night’s edition following the death of Tubridy’s father.