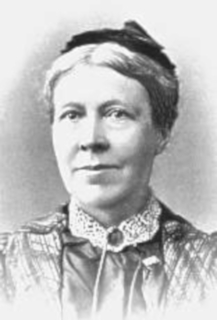 The Intermediate Education Act, enacted on August 16, 1878, grants female students the right to participate in public competitive examinations, take university degrees and to enter into careers and professions.

From the early 1870s there had been a growing demand in Ireland for a competitive examinations system which would allow Catholics in particular to enter for the newly created jobs in the Civil Service and for careers in the professions. In response to this pressure, the Irish Intermediate Education Bill is introduced to parliament in 1878. It provides an Examining Board with an annual sum of £32,500 per annum which would cover money prizes for pupils and results fees for schools. Students with the highest marks can gain valuable exhibitions worth up to £50. However, these provisions only apply to boys.

The Bill is in its final stages in parliament, when Isabella Tod of the North of Ireland Women’s Suffrage Society, arrives with a small delegation of women backed by a handful of Irish MPs, to demand that girls should also be included in the provisions of the Bill. Fortunately, attitudes among a majority of English MPs are favourable to the inclusion of girls in the Bill. The most influential of these MPs is William Ewart Gladstone, the leader of the Liberal Party, who believes the proposal to admit women to the benefits of the Bill is reasonable and fair. Although not in favour of giving women the vote, he is prepared to admit that “we have on the whole done rather less than justice to women as compared to men” when it comes to education.

Charles Henry Meldon, MP for Kildare, strongly objects to what he calls “the victory” which the inclusion of girls would give to the advocates of women’s rights, “whose object was not that there should be a limited measure dealing specially with the education of women, but that the same education should be given to girls as given to men.”

Richard O’Shaughnessy, the only Home Rule MP on Isabella Tod’s delegation, assures Meldon that the question at stake is not one of women’s rights but simply of their education and that the object of the amendment “was nothing more nor less than to educate the women of Ireland that they may be better able to discharge their duties as daughters, wives and mothers.”

So, despite the strong objections of most Irish Home Rule MPs, girls are included in the Intermediate Examination Act. Isabella Tod at a meeting in Dublin to promote the extension of the franchise to women thanks O’Shaughnessy and James Stansfield for their support but declares, “We could not help feeling how easy our task would have been if each of these members had owed some votes to women and felt a distinct responsibility to them.”

There is unease felt about public competitive examinations for girls in Ireland. Some believe that the competitive idea should be carefully excluded from the examinations for women. The ladies present at the suffrage meeting are also urged to press the government to avoid publishing the names of girls in order of merit.

This attitude helps explain why it is felt that girls are not ready to compete on an equal basis with boys. In December 1878, the Intermediate Board decides that girls will compete among themselves for the money prizes. A money prize is offered for every ten pupils who pass. These prizes are, therefore, allocated proportionately according to the numbers of boys and of girls who enter for the examinations. During the first twenty years of the Intermediate examinations, three quarters of the entrants are boys and only one quarter are girls. Girls’ schools, especially convent schools, are particularly handicapped because they have few teachers who know Latin or Greek and extra marks are allotted for other traditional boys’ subjects such as mathematics.

The Intermediate examinations have three levels: Junior, Middle and Senior Grades with strict age limits of under 16, 17 and 18 years of age respectively. This represents a problem for girls’ schools since many girls come late to second level schools, being often 14 or 15 years of age.

The fact that public opinion in Ireland is at first generally against such examinations for girls and that many girls have neither the opportunity nor the means to take immediate advantage of the Act, does not alter its crucial importance as a catalyst for changing the role of women in Irish society.