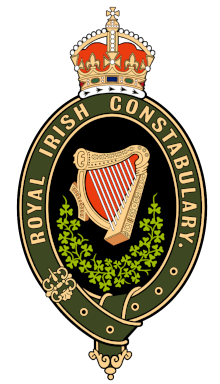 Alexander Clarke and Charles Murdock, both constables with the Royal Irish Constabulary (RIC), the police force in Ireland from 1822 until 1922, are kidnapped and murdered by the Irish Republican Army (IRA) near Clonmany, County Donegal on May 10, 1921.

The disappearance is the most notorious incident to occur in Clonmany during the Irish War of Independence. Both men are stationed at the RIC Barracks in Clonmany. They go on patrol in the evening but are kidnapped near Straid in County Antrim. Both men are shot and their bodies are dumped in the sea near Binion.

Clarke’s body washes up on the seashore near Binion the following day. Constable Murdock reportedly survives the initial attack despite being thrown into the sea. He swims to the shore and seeks refuge among the residents of Binion. However, he is betrayed to the IRA who murder him. His body has never been found. Local tradition suggests that he is buried in a bog near Binion hill.

In June 1921, a military court is held in Clonmany to conduct a postmortem for Clarke. The court finds that Clarke had died from gunshot wounds to the heart, jaw and neck and that his firearm and ammunition were missing. At the time of his death, Clarke is 23 years old and unmarried.

A few weeks later, on July 10, 1921 Crown Forces raid a number of houses in Clonmany looking for Sinn Féin activists. Three unnamed young men from the village are arrested but are released shortly afterwards and allowed to return home.