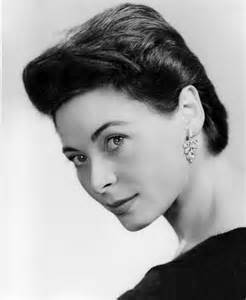 Siobhán McKenna, Irish stage and screen actress, is born Siobhán Giollamhuire Nic Cionnaith into a Catholic and nationalist family in Belfast on May 24, 1923.

McKenna grows up in Galway, where her father is Professor of Mathematics at University College Galway, and in County Monaghan, speaking fluent Irish. She is still in her teens when she becomes a member of an amateur Gaelic theatre group and makes her stage debut at Galway’s Gaelic theatre, the Taibhdhearc na Gaillimhe, in 1940.

McKenna is remembered for her English language performances at the Abbey Theatre in Dublin where she eventually stars in what many consider her finest role in the George Bernard Shaw play, Saint Joan.

While performing at the Abbey Theatre in the 1940s, she meets actor Denis O’Dea, whom she marries in 1946. Until 1970 they live in Richmond Street South, Dublin. They have one child, a son Donnacha O’Dea, who swims for Ireland at the 1968 Summer Olympics and later wins a World Series of Poker bracelet in 1998.

In 1947, McKenna makes her debut on the London stage in The Chalk Garden. She reprises the role on Broadway in 1955, for which she receives a Tony Award nomination for “Best Actress in a Leading Role, Drama.” In 1956, she appears in the Cambridge Drama Festival production of Saint Joan at the Off-Broadway Phoenix Theatre. Theatre critic Elliot Norton calls her performance the finest portrayal of Joan of Arc in memory. Siobhán McKenna’s popularity earns her the cover of Life magazine. She receives a second Tony Best Actress nomination for her role in the 1958 play, The Rope Dancers, in which she stars with Art Carney and Joan Blondell.

Although primarily a stage actress, McKenna appears in a number of made-for-television films and dramas. She also appears in several motion pictures such as King of Kings in 1961, as the Virgin Mary. In 1964, she performs in Of Human Bondage and the following year in Doctor Zhivago. She also appears in the miniseries The Last Days of Pompeii as Fortunata, wife of Gaius, played by Laurence Olivier. She stars in the title role of the Tales of the Unexpected episode “The Landlady.”

Siobhán McKenna’s final stage appearance comes in the 1985 play Bailegangaire for the Druid Theatre Company. Despite surgery, she dies of lung cancer on November 16, 1986, in Dublin, at 63 years of age. She is buried at Rahoon Cemetery in County Galway.

In 1988, two years after her death, McKenna is inducted into the American Theater Hall of Fame. The Siobhán McKenna Theatre in Cultúrlann McAdam Ó Fiaich, in her native Belfast is named in her honour.