Ramón Gerard Antonio Estévez, known professionally as Martin Sheen, American actor of Spanish/Irish descent, is born in Dayton, Ohio on August 3, 1940. He first becomes known for his roles in the films The Subject Was Roses (1968) and Badlands (1973), and later achieves wide recognition for his leading role in Apocalypse Now (1979) and as President Josiah Bartlet in the television series The West Wing (1999-2006).

Sheen is born to immigrant parents, a first-generation Irish mother, Mary-Anne Phelan from Borrisokane, County Tipperary, and a Galician father, Francisco Estévez from Vigo in Galicia (Spain). He adopts the stage name Martin Sheen to help him gain acting parts from a combination of the CBS casting director Robert Dale Martin, who gives him his first big break, and the televangelist archbishop, Fulton J. Sheen. He is the father of four children (Emilio, Ramón, Carlos and Renée), all of whom are actors.

In film, Sheen has won the Best Actor award at the San Sebastián International Film Festival for his performance as Kit Carruthers in Badlands. Sheen’s portrayal of Capt. Willard in Apocalypse Now earns a nomination for the BAFTA Award for Best Actor in a Leading Role.

Sheen has worked with a wide variety of film directors, including Richard Attenborough, Francis Ford Coppola, Terrence Malick, David Cronenberg, Mike Nichols, Martin Scorsese, Steven Spielberg and Oliver Stone. He receives a star on the Hollywood Walk of Fame in 1989. In television, he has won a Golden Globe Award and two Screen Actors Guild Awards for playing the role of President Josiah Bartlet in The West Wing, and an Emmy Award for guest starring in the sitcom Murphy Brown.

Although known as an actor, Sheen also has directed one film, Cadence (1990), appearing alongside sons Charlie and Ramón. He has narrated, produced, and directed documentary television, earning two Daytime Emmy Awards in the 1980s. In addition to film and television, he has been active in liberal politics.

Actor Liam John Neeson is born on June 7, 1952 in Ballymena, County Antrim. Raised as a Roman Catholic, Neeson is named Liam after the local priest. He says growing up as a Catholic in a predominately Protestant town made him cautious. At age nine, he begins boxing lessons at the All Saints Youth Club and later becomes Ulster’s amateur senior boxing champion.

Neeson first steps on stage at age eleven after his English teacher offers him the lead role in a school play, which he accepts because the girl he is attracted to is starring in it. He continues to act in school productions over the following years.

Neeson’s interest in acting and decision to become an actor is also influenced by minister Ian Paisley, into whose Free Presbyterian church Neeson would sneak. Neeson says of Paisley, “He had a magnificent presence and it was incredible to watch him just Bible-thumping away… it was acting, but it was also great acting and stirring too.”

In 1971, Neeson is enrolled as a physics and computer science student at Queen’s University Belfast, Northern Ireland, before leaving to work for the Guinness Brewery. At Queen’s, he discovers a talent for football and is spotted by Seán Thomas at Bohemian F.C. There is a club trial in Dublin and Neeson plays one game as a substitute against Shamrock Rovers F.C., but is not offered a contract.

In 1976, Neeson joins the Lyric Players’ Theatre in Belfast for two years. He then acts in the Arthurian film, Excalibur (1981), alongside Helen Mirren. Between 1982 and 1987, he stars in five films, most notably alongside Mel Gibson and Anthony Hopkins in The Bounty (1984) and Robert De Niro and Jeremy Irons in The Mission (1986). He lands a leading role alongside Patrick Swayze in Next of Kin (1989).

Neeson rises to prominence when he stars in the title role in Steven Spielberg‘s 1993 Oscar winner Schindler’s List. He has since starred in other successful films, including the title role in the historical biopic Michael Collins (1996), the film adaptation of Victor Hugo‘s 1862 novel Les Misérables (1998), Star Wars: Episode I – The Phantom Menace as Qui-Gon Jinn (1999), the biographical drama Kinsey (2004), the superhero film Batman Begins as Ra’s al Ghul (2005), the action thriller series Taken (2008–2014), the fantasy adventure film Clash of the Titans (2010) as Zeus, the fantasy films in The Chronicles of Narnia series (2005–2010) as Aslan, and the thriller-survival film The Grey (2011). In 2016 he narrates the RTÉ One three-part documentary on the Easter Rising, 1916. 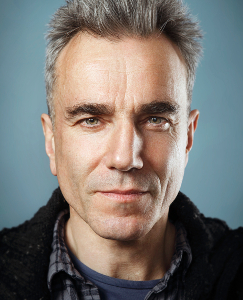