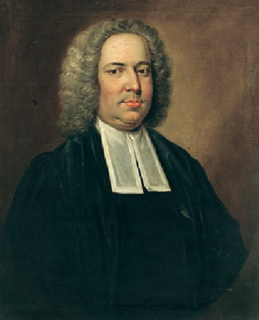 Samuel Madden, writer, economist, and philanthropist commonly called “Premium” Madden, is born in Dublin on December 23, 1686. His father is John Madden, and his mother is Mary Molyneux.

In 1729, Madden writes a tragedy entitled Themistocles, the Lover of His Country. In 1733, he writes Memoirs of the Twentieth Century, one of the first science fiction novels. However, it is suppressed by Sir Robert Walpole, and is now very rare. A reprint of the original sheets appears with publishing company Garland Science in 1972 (ISBN 0824005708). The work is originally designed to have six volumes yet is discontinued after the first volume.

In 1738, Madden writes his most famous work, Reflections and Resolutions Proper for the Gentlemen of Ireland, in which he describes the poor living conditions in Ireland at the time.

Dr. Samuel Johnson writes of Madden, “His was a name which Ireland ought to honour.” He suggests that the Royal Dublin Society initiate a scheme to fund improvements in agriculture and arts in Ireland via the use of premiums – the source of his nickname Premium.

Samuel Madden dies at the age of 79 on December 31, 1765 at Manor Waterhouse in County Fermanagh.