The IFA is founded by seven football clubs mostly in the Belfast area, as the organising body for the sport across all of Ireland. A meeting is called by Cliftonville F.C. of other football clubs that follow the rules set out by the Scottish Football Association (SFA). At that meeting at Queens Hotel, Belfast, the seven clubs form the IFA, making it the fourth oldest national football association in the world, after those of England, Scotland and Wales. The founding members are Alexander F.C., Avoniel F.C., Cliftonville F.C., Lisburn Distillery F.C., Knock F.C., Moyola Park F.C. and Oldpark F.C..

The IFA’s first decisions are to elect its first President, Major Spencer Chichester, and to form an annual challenge cup competition similar to the FA Cup and Scottish Cup competitions, called the Irish Cup. Two years later, Ireland plays its first international against England, losing 13–0, which remains a record for both teams, a record win for England and a record loss for Ireland.

Shortly after the partition of Ireland in 1921, the Football Association of Ireland (FAI) is established as a rival association to regulate the game in what is to become the Irish Free State. The immediate cause of the split lay in a bitter dispute over the venue for the replay of an Irish Cup match in 1921 involving Glentoran F.C. of Belfast and Shelbourne F.C. of Dublin. When the first cup match is drawn in Belfast, because of the Irish War of Independence, the IFA reneges on a promise to play the replay in Dublin and schedules the rematch again for Belfast. Shelbourne refuses to comply and forfeits the Cup.

Such is the anger over the issue that the Leinster Football Association breaks away from the IFA and forms its own national association. Those behind the FAI believe that football should be regulated by a federation based in the Irish Free State’s capital, Dublin. They also accuse the IFA of neglecting the development of the game in the South. The IFA’s supporters argue that the federation should be based where the game is primarily played – namely Ulster, and its principal city Belfast.

Both associations claim to represent the whole of the island, each competing internationally under the name “Ireland” and selecting players from both the rival national leagues, which also split at this time. Interventions by FIFA give the FAI de jure organising rights over the 26 counties of the Republic, with the IFA restricted to Northern Ireland. From the 1950s onwards, the IFA no longer claims it is the association for the whole of Ireland.

In 1960, the association moves to its present location on Windsor Avenue in south Belfast, in a building once occupied by Thomas Andrews. The IFA continues to regulate the game in Northern Ireland, and all results obtained by the Irish national side and records in the Irish Football League and the cup competition stand as Northern Irish records. 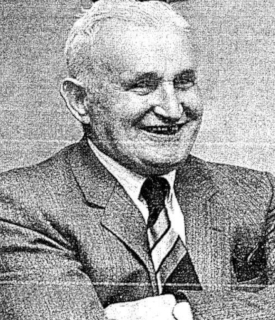 William “Billy” Behan, Irish footballer who plays as a goalkeeper for Shelbourne F.C., Shamrock Rovers F.C. and Manchester United F.C. during the 1930s, is born on August 8, 1911 in Dublin.

Behan makes his Rovers debut on February 8, 1931 in a 5–1 win over Bray Unknowns F.C. at Glenmalure Park. In his first season, he wins the FAI Cup. He signs with Manchester United in September 1933, along with fellow Irishman David Byrne, becoming the first players from the south of Ireland to play for the club in over a decade.

Behan makes his United debut in a Football League Second Division home game against Bury F.C. on March 3, 1934. The following July, he briefly returns to Shelbourne before again returning to the Rovers. Over the next two seasons, he wins another FAI Cup and a League of Ireland Shield. His last game for the Rovers is on August 23, 1936 in a Shield win over Drumcondra F.C..

After his retirement as a player, Behan becomes a respected referee and is in charge of the 1943 FAI Cup Final. He then manages Drumcondra F.C. in the 1950s where he wins the FAI Cup again.

Behan subsequently becomes United’s chief scout in the Republic of Ireland and is credited with discovering, among others, Johnny Carey, Billy Whelan, Tony Dunne, Don Givens, Kevin Moran and Paul McGrath. He also serves as vice chairman of the Dalkey-based Leinster Senior League team, Dalkey United, and it is through this association that he discovers McGrath.

Behan’s father, William Sr., is one of the founder members of Shamrock Rovers. His brothers John and Paddy also play for the Rovers. His son William junior keeps goal for the Rovers side also for a time. His second cousin is Bob Fullam.

Behan’s grandson, Philip Behan, is the former Head of International Football at the Football Association of Ireland and is now a UEFA and FIFA agent organising friendly international matches and tournaments around the world. 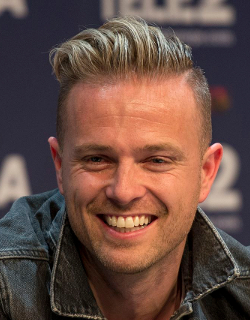 Before his music career, Byrne plays professional football, representing Republic of Ireland at several junior levels. He plays for Home Farm F.C. and St. Kevins Boys in North Dublin before becoming a professional player. He joins Leeds United F.C. as a goalkeeper in 1995, and is a squad member of the FA Youth Cup winning team of 1997. He plays for Leeds for two years, leaving when his contract expires in June 1997. He plays in a reserve game for Scarborough F.C. and in a trial game with Cambridge United F.C. before returning to join Dublin club Shelbourne F.C.. He then signs for Cobh Ramblers F.C. playing 15 games, then St. Francis F.C., all in Ireland’s League of Ireland.

On May 14, 2009, Byrne is a substitute for a Liverpool F.C. Legends XI that plays against an All Star XI in a Hillsborough Memorial match to mark the 20th anniversary of the Hillsborough disaster. He represented the Republic of Ireland at U15, U16 and U18 levels.

In June 1998, Byrne attends an audition for new Irish boyband, where Boyzone manager Louis Walsh approaches him to join his new venture, Westlife. He joins Westlife along with Kian Egan, Mark Feehily, Shane Filan and Brian McFadden. With Westlife, he has had 25 top ten UK singles, fourteen of which are number one, seven number one albums and has sold in excess of over 45 million records worldwide. He also has a number one single in Ireland in 2002, alongside the Republic of Ireland national football team and Dustin the Turkey, with the Irish 2002 FIFA World Cup anthem, “Here Come The Good Times (Ireland).” He also co-writes many of Westlife’s songs.

On September 7, 2012, it is announced that Byrne will be a contestant for the tenth series of Strictly Come Dancing. He is the ninth contestant to be eliminated. He is ranked number two on Ireland’s Sexiest Man of 2014.

In early January 2016, it is rumored that RTÉ had internally chosen Byrne to represent Ireland in the Eurovision Song Contest 2016. On January 13, he is confirmed to be the Irish singer for the 2016 contest in Stockholm with the song, “Sunlight.” He performs it in the second semi-final but fails to advance to the final.

Byrne’s wife Georgina is the daughter of former Taoiseach Bertie Ahern and they have twin sons, Rocco Bertie Byrne and Jay Nicky Byrne, and a daughter, Gia.

James “Jimmy” Dunne, Irish footballer who played for, among others, Shamrock Rovers F.C., Sheffield United F.C., Arsenal F.C. and Southampton F.C., is born on September 3, 1905, in Ringsend, Dublin. Dunne is also a dual internationalist and plays for both Ireland teams: the FAI XI and the IFA XI. Dunne holds the all-time record of consecutive goals scored at the elite level of English football.

Dunne is the first Irishman to figure prominently in the English Football League scoring records. In the 1930–1931 season he scores 41 league goals for Sheffield United. This becomes a club record and remains the most league goals scored by an Irishman during a single English League season.

In the 1931–1932 season, he scores in twelve consecutive matches. This is the all-time record of consecutive goals scored at the elite level of English football. Dunne also scores 30 or more First Division goals in three consecutive seasons between 1930 and 1933. He excels at either centre forward or inside forward and is outstanding with his head. On September 27, 1930 he scores a hat-trick of headers against Portsmouth F.C.. He is a fringe member of the great Arsenal F.C. side of the 1930s before finishing his career at Shamrock Rovers F.C.

Dunne dies suddenly from a heart attack in Dublin, at the age of 44, on November 14, 1949. His two sons, Tommy and Jimmy, also play in the League of Ireland for St. Patrick’s Athletic F.C. Tommy also plays for Shamrock Rovers F.C. His nephew, another Tommy Dunne, also plays for Rovers and another nephew Christy Doyle, plays for Shelbourne F.C. and the Republic of Ireland.