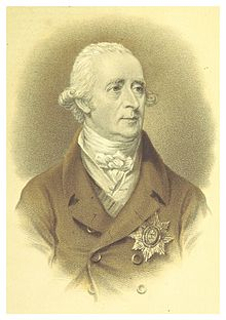 Sir Philip Francis, Irish-born British politician and pamphleteer, is born in Dublin on October 22, 1740. He is known as an antagonist of Warren Hastings, the first governor-general of British India.

The son of Dr. Philip Francis, a man known by his translations of Horace, Aeschines and Demosthenes, Francis is educated in Dublin and London and holds a variety of clerical posts in the government from 1756 to 1773. He may have written the Letters of Junius, a series of bitter lampoons against the government of King George III published by a London newspaper from 1769 to 1772, when he was a clerk in the war office. The authorship of the letters has been assigned to Francis on a variety of grounds, including a computer-aided analysis of the Junius texts in the 1960s.

In June 1773 the prime minister, Lord Frederick North, appointed Francis a member of the newly created four-man council that is to rule British possessions in India with Governor-General Hastings. He leads two of his colleagues in a struggle against Hastings, in part because he covets Hastings’ job, but there are also differences between the two men on policy matters, including land-revenue collection. Although Hastings gains the upper hand by 1776 after two of the opposing councilors die, Francis continues his attacks and, in 1780, the governor-general wounds him in a duel.

Returning to England in 1781, Francis turns public opinion against Hastings with a series of anonymous pamphlets. He enters the House of Commons of the United Kingdom in 1784 and is the moving spirit behind Hastings’ impeachment, begun in 1788. The acquittal of Hastings in 1795 embitters Francis deeply and leads to his defeat in a parliamentary election. He served again in Parliament from 1802 to 1807, at which time he retires from politics. He is knighted in 1806. 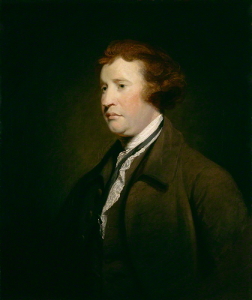 Edmund Burke, statesman born in Dublin, dies on July 9, 1797 in Beaconsfield, Buckinghamshire, England. He is also known as an author, orator, political theorist, and philosopher who, after moving to London, served as a member of parliament (MP) for many years in the House of Commons with the Whig Party.

Burke receives his early education at a Quaker school in Ballitore, County Kildare. In 1744, he enters Trinity College, Dublin, a Protestant establishment, which up until 1793, did not permit Catholics to take degrees. He graduates from Trinity in 1748. Burke’s father wants him to read Law, and with this in mind he goes to London in 1750, where he enters the Middle Temple, before soon giving up legal study to travel in Continental Europe. After eschewing the Law, he pursues a livelihood through writing.

Burke criticizes British treatment of the American colonies, including through its taxation policies. He also supports the American Revolution, believing both that it could not affect British or European stability and would be an innovative experiment in political development since the Americas are so far away from Europe and thus could have little impact on England.

Burke is remembered for his support for Catholic emancipation, the impeachment of Warren Hastings from the East India Company, and for his later opposition to the French Revolution. In his Reflections on the Revolution in France, he claims that the revolution is destroying the fabric of good society, and condemned the persecution of the Catholic Church that results from it. This leads to his becoming the leading figure within the conservative faction of the Whig Party, which he dubs the “Old Whigs,” as opposed to the pro–French Revolution “New Whigs” led by Charles James Fox.

For more than a year prior to his death, Burke realizes that his “stomach” is “irrecoverably ruind.” Edmund Burke dies in Beaconsfield, Buckinghamshire, on July 9, 1797 and is buried there alongside his son and brother. His wife, Mary Jane Nugent, survives him by nearly fifteen years.

In the nineteenth century Burke is praised by both conservatives and liberals. Subsequently, in the twentieth century, he becomes widely regarded as the philosophical founder of modern conservatism.