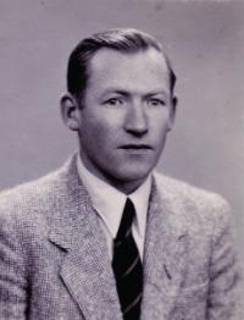 One of four children, Cremin is born to a family that operates a drapery business. His brother, Francis Cremin, becomes a leading academic canon lawyer who frames a number of key church documents. He is educated at St. Brendan’s College, Killarney and from 1926 at University College Cork, where he graduates with a first-class degree in Classics and Commerce.

Around 1929 Cremin is awarded the post-graduate University College Cork Honan scholarship. By 1930 he has attained a degree in economics and accountancy. For the following three years he studies in Athens, Munich and Oxford, having attained a traveling scholarship in Classics. He subsequently enters the Department of External Affairs, having succeeded in the competition for third secretary in 1935.

In April 1935 Cremin marries Patricia O’Mahony. His first position in Dublin involves working with Frederick Henry Boland on the League of Nations portfolio. In 1937 he is sent abroad on his first posting to Paris. There he works under the “Revolutionary Diplomat” Art O’Brien, until the latter retires in 1938. Sean Murphy later becomes his Minister. Ireland declares neutrality on the outbreak of World War II and Murphy and Cremin report on the developments in France throughout the Phoney War.

After the fall of France, the Irish legation is the last to leave Paris except for the American Ambassador, on June 11, 1940. After traveling to Ascain the legation eventually makes its way to the new French Capital, Vichy, where it sets about looking after the needs of Irish citizens, many of whom have been interned, as they have British passports and have been sending political reports. The political reports are of the highest value and insure that Irish continue to observe pro-Allied neutrality throughout the war.

In 1943 Cremin is sent to Berlin to replace William Warnock. Prior to his arrival the Legation is bombed. As Chargé d’affaires in Berlin, he is responsible for sending back political reports and looking after the interests of Irish citizens. He attempts, unsuccessfully, to assist some European Jews. He does however send full reports on the Nazi treatment of the Jews in Europe. Warned to leave Berlin before the Soviets arrive, he spends the last weeks of the war near the Swiss border.

In 1945 Cremin is sent to Lisbon, where he meets authoritarian president António de Oliveira Salazar and attempts to revive Irish trade as well as reporting on the various unsuccessful coups against Salazar.

After returning to Ireland in 1946 he is involved in preparing Ireland’s Marshall Plan application and tracing the development of Ireland’s post war foreign policy. He has a distinguished career representing Ireland in many foreign missions and at the United Nations.

After retiring Cremin remains chairman of the Irish delegation to the United Nations Convention on the Law of the Sea. After his first wife dies he marries again in 1979. He dies in Kenmare on April 19, 1987, survived by his wife, three daughters, and a son.