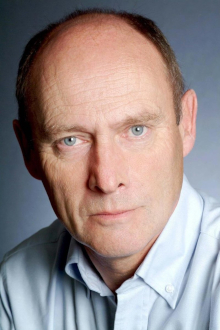 Patrick Gerald Duggan, British actor known professionally as Patrick Malahide, is born in Reading, Berkshire, England on March 24, 1945. He is known for his roles as Detective Sergeant Albert Chisholm in the TV series Minder and Balon Greyjoy in the TV series Game of Thrones. His stage name comes from Malahide Castle, where his mother once worked as a cook.

Duggan is the son of Irish immigrants. His mother works as a cook while his father is a school secretary. He was educated at Douai School, Woolhampton, Berkshire. He studies experimental psychology for two years at the University of Edinburgh but leaves school feeling unsatisfied and decides to try his hand at acting. Prior to making it as an actor, he sells bone china to U.S. soldiers stationed in Germany.

Duggan makes his television debut in 1976 in an episode of The Flight of the Heron, followed by single episodes of Sutherland’s Law and The New Avengers (1976) and ITV‘s Playhouse (1977). He then appears in an adaptation of The Eagle of the Ninth, and his first film is Sweeney 2 in the following year. In 1979 he begins a nine-year stint as Detective Sergeant Albert “Cheerful Charlie” Chisholm in the popular TV series Minder.

Duggan’s television appearances include dramas The Singing Detective (1986) and Middlemarch (1994), and he plays Ngaio Marsh‘s Inspector Roderick Alleyn in The Inspector Alleyn Mysteries (1993–1994). His films include Comfort and Joy (1984), A Month in the Country (1987) and Captain Corelli’s Mandolin (2001). In 1999, he makes a small appearance in the introduction to the James Bond film The World Is Not Enough as a Swiss banker named Lachaise working in Bilbao. He plays Mr. Ryder in the 2008 film adaptation of Brideshead Revisited, and from 2012 to 2016 portrays Balon Greyjoy, the father of Theon Greyjoy, in the TV series Game of Thrones. He portrays Magnus Crome in the 2018 film Mortal Engines. 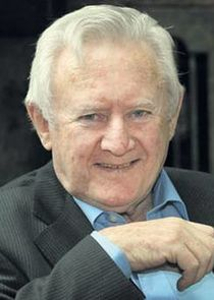 Niall Tóibín, Irish comedian and actor, is born into an Irish speaking family in Cork, County Cork, on November 21, 1929. He is the sixth of seven children born to Siobhán (née Ní Shúileabháin) and Seán Tóibín.

Tóibín’s father is born in Passage West, County Cork, and his parents come from Waterford and West Cork. His father is a teacher in the School of Commerce in Cork city and the author of two books, Blátha an Bhóithrín and Troscán na mBánta, on wayside and meadowland flowers, both written in the Irish language. His mother comes from Beaufort, County Kerry.

Tóibín is born on the south side of Cork city in Friars’ Walk. He is raised with Irish and uses the language in his professional career, notably in the film Poitín. As a child he sings in the cathedral choir and the Opera House in Cork. In his teens he joins a drama society attached to the Keating Branch of the Gaelic League. He is educated by the Irish Christian Brothers at the North Monastery after which he leaves Cork in January 1947 for a job in the Civil Service in Dublin.

Tóibín starts acting in the 1950s and spends fourteen years with the Radio Éireann Players. From Ryan’s Daughter and Bracken in the 1970s, to The Ballroom of Romance, The Irish R.M., Brideshead Revisited (TV serial) and Caught in a Free State in the 1980s, and Far and Away, Ballykissangel and Veronica Guerin in the 1990s and 2000s, Toibin’s entertainment career in television, film and theatre spans over four decades.

Tóibín plays Dr. Paul O’Callaghan in the first series of the Irish TV programme The Clinic. He also plays Judge Ballaugh, alongside Cate Blanchett, in Jerry Bruckheimer‘s film Veronica Guerin. He also acts for the radio, such as his guest appearance in the BBC Radio 4 series Baldi.

In 1973, Tóibín wins a Jacob’s Award for his performance in the RTÉ comedy series, If The Cap Fits. He receives an Honorary Doctor of Arts Degree from University College Cork (UCC) on June 4, 2010 and is honoured with the Irish Film and Television Academy‘s (IFTA) Lifetime Achievement Award at a ceremony at the Irish Film Institute on November 3, 2011.