Joseph Campbell, Irish poet and lyricist, is born in Belfast on July 15, 1879. He writes under the Gaelic form of his name Seosamh Mac Cathmhaoil (also Seosamh MacCathmhaoil), as Campbell is a common anglicisation of the old Irish name MacCathmhaoil. He is now remembered best for words he supplied to traditional airs, such as “My Lagan Love” and “Gartan Mother’s Lullaby.” His verse is also set to music by Arnold Bax and Ivor Gurney.

Campbell is born into a Catholic and Irish nationalist family from County Down. He is educated at St. Malachy’s College, Belfast. After working for his father he teaches for a while. He travels to Dublin in 1902, meeting leading nationalist figures. His literary activities begin with songs, as a collector in Antrim, County Antrim and working with the composer Herbert Hughes. He is then a founder of the Ulster Literary Theatre in 1904. He contributes a play, The Little Cowherd of Slainge, and several articles to its journal Uladh edited by Bulmer Hobson. The Little Cowherd of Slainge is performed by the Ulster Literary Theatre at the Clarence Place Hall in Belfast on May 4, 1905, along with Lewis Purcell’s The Enthusiast.

Campbell moves to Dublin in 1905 and, failing to find work, moves to London the following year where he is involved in Irish literary activities while working as a teacher. He marries Nancy Maude in 1910, and they move shortly thereafter to Dublin, and then later to County Wicklow. His play Judgement is performed at the Abbey Theatre in April 1912.

Campbell takes part as a supporter in the Easter Rising of 1916, doing rescue work. The following year he publishes a translation from Irish of the short stories of Patrick Pearse, one of the leaders of the Rising.

Campbell becomes a Sinn Féin Councillor in Wicklow in 1921. Later in the Irish Civil War he is on the Republican side, and is interned in 1922-23. His marriage breaks up, and he emigrates to the United States in 1925 where he settles in New York City. He lectures at Fordham University, and works in academic Irish studies, founding the University’s School of Irish Studies in 1928, which lasts four years. He is the editor of The Irish Review (1934), a short lived “magazine of Irish expression.” The business manager is George Lennon, former Officer Commanding of the County Waterford Flying Column during the Irish War of Independence. The managing editor is Lennon’s brother-in-law, George H. Sherwood. 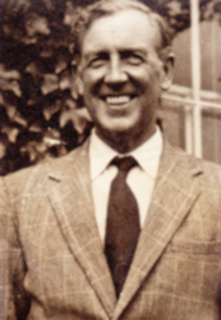 James Kennedy, songwriter and lyricist, is born on July 20, 1902 near Omagh, County Tyrone in what is now Northern Ireland. He puts words to existing music such as “The Teddy Bears’ Picnic” and “My Prayer” and co-writes with composers Michael Carr, Wilhelm Grosz and Nat Simon, among others. In a career spanning more than fifty years, he writes some 2,000 songs, of which over 200 become worldwide hits and about 50 are all-time popular music classics.

Kennedy’s father, Joseph Hamilton Kennedy, is a policeman in the Royal Irish Constabulary (RIC). While growing up in the village of Coagh, Kennedy writes several songs and poems. He is inspired by local surroundings — the view of the Ballinderry River, the local Springhill House and the plentiful chestnut trees on his family’s property, as evidenced in his poem Chestnut Trees. He later moves to Portstewart, a seaside resort in County Londonderry.

Kennedy graduates from Trinity College, Dublin, before teaching in England. He is accepted into the Colonial Service, as a civil servant, in 1927.

While awaiting a Colonial Service posting to the colony of Nigeria, Kennedy embarks on a career in songwriting. His first success comes in 1930 with “The Barmaid’s Song”, sung by Gracie Fields. Fellow lyricist Harry Castling, introduces him to Bert Feldman, a music publisher based in London‘s “Tin Pan Alley“, for whom he starts to work. In the early 1930s he writes a number of successful songs, including “Oh, Donna Clara” (1930), “My Song Goes Round the World” (1931), and “The Teddy Bears’ Picnic” (1933), in which he provides new lyrics to John Walter Bratton‘s tune from 1907.

In 1934, Feldman turns down Kennedy’s song “Isle of Capri“, but it becomes a major hit for a new publisher, Peter Maurice. He writes several more successful songs for Maurice, including “Red Sails in the Sunset” (1935), inspired by beautiful summer evenings in Portstewart, Northern Ireland, “Harbour Lights” (1937) and “South of the Border” (1939), inspired by a holiday picture postcard he receives from Tijuana, Mexico and written with composer Michael Carr. He and Carr also collaborate on several West End shows in the 1930s, including London Rhapsody (1937). “My Prayer,” with original music by Georges Boulanger, has English lyrics penned by Kennedy in 1939. It is originally written by Boulanger with the title “Avant de Mourir” in 1926.

During the early stages of World War II, while serving in the British Army‘s Royal Artillery, where he rises to the rank of Captain, Kennedy writes the wartime hit, “We’re Going to Hang out the Washing on the Siegfried Line.” His hits also include “Cokey Cokey” (1945), and the English lyrics to “Lili Marlene.” After the end of the war, his songs include “Apple Blossom Wedding” (1947), “Istanbul (Not Constantinople)” (1953), and “Love Is Like a Violin” (1960). In the 1960s he writes the song “The Banks of the Erne'”, for recording by his friend from the war years, Theo Hyde, also known as Ray Warren.

Kennedy is a patron of the Castlebar Song Contest from 1973 until his death in 1984 and his association with the event adds great prestige to the contest.

Kennedy wins two Ivor Novello Awards for his contribution to music and receives an honorary degree from the New University of Ulster. He is awarded the OBE in 1983 and, in 1997, is posthumously inducted into the Songwriter’s Hall of Fame.

Jimmy Kennedy dies in Cheltenham on April 6, 1984 at the age of 81. He is interred in Taunton, Somerset. 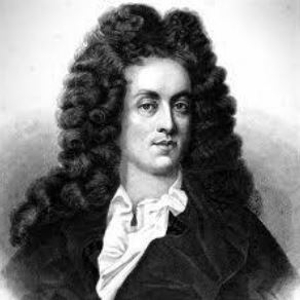 Nahum Tate, Irish poet, hymnist, and lyricist, who becomes Poet Laureate of the United Kingdom in 1692,  dies on July 30, 1715. Tate is best known for The History of King Lear, his 1681 adaptation of William Shakespeare‘s King Lear.

Tate is born in Dublin in 1652 and comes from a family of Puritan clergymen. He is the son of Faithful Teate, an Irish clergyman who was rector of Castleterra, Ballyhaise, until his house is burned and his family attacked after he passes on information to the government about plans for the Irish Rebellion of 1641. After living at the provost’s lodgings in Trinity College, Dublin, Faithful Teate moves to England. He becomes the incumbent at East Greenwich around 1650, and “preacher of the gospel” at Sudbury from 1654 to 1658 before returning to Dublin by 1660. He publishes a poem on the Trinity entitled Ter Tria, as well as some sermons, two of which he dedicates to Oliver and Henry Cromwell.

Nahum Teate follows his father to Trinity College, Dublin in 1668, and graduates BA in 1672. By 1676 he moves to London and is writing for a living. He publishes a volume of poems in London in 1677 and becomes a regular writer for the stage. He also adopts the spelling Tate, which remains until his death.

Tate then turns to make a series of adaptations from Elizabethan dramas. His version of William Shakespeare’s Richard II alters the names of the characters and changes the text so that every scene, to use his own words, is “full of respect to Majesty and the dignity of courts.” In spite of these precautions The Sicilian Usurper (1681), as his rewrite is called, is suppressed on the third performance on account of a possible political interpretation.

In 1682, Tate collaborates with John Dryden to complete the second half of his epic poem Absalom and Achitophel. Tate also writes the libretto for Henry Purcell‘s opera Dido and Aeneas, which is given its first known performance in 1689. Tate’s name is also connected with the famous New Version of the Psalms of David (1696), for which he collaborates with Nicholas Brady.