Mary Ann McCracken, Irish businesswoman, radical humanitarian, supporter of the Society of United Irishmen and a noted social reformer, is born in Belfast on July 8, 1770.

McCracken’s father is Captain John McCracken, a Presbyterian of Scottish descent and a prominent shipowner. Her mother, Ann Joy, comes from a French Protestant Huguenot family, which made its money in the linen trade and founded the Belfast News Letter. Her liberal and far-sighted parents send her to David Manson‘s progressive co-educational school, where ‘young ladies’ received the same education as the boys. She excels at mathematics.

As an adult, McCracken manages a successful muslin business in Belfast, which pioneers the production of patterned and checked muslin. She runs the business together with her sister, and has at least one agent in Dublin.

McCracken is the sister of Henry Joy McCracken, one of the founding members of the Society of United Irishmen. In the aftermath of her brother’s defeat at the Battle of Antrim on June 7, 1798 she helps Henry Joy and some colleagues hide in the hills of south Antrim, bringing them clothes and money. She is arranging for a ship to take him to the United States when he is recognised by three Carrickfergus soldiers and arrested there on July 7, 1798.

McCracken shares her brother’s interest in reviving the oral-music tradition of Ireland, and is a founding member of the Belfast Harp Society (1808–1813). She supports Edward Bunting in his collecting of traditional music, introducing him to people who can help, acting as his unofficial secretary and contributes anonymously to the second volume of his work The Ancient Music of Ireland in 1809. Bunting lives with the McCrackens for thirty-five years, before moving to Dublin 1819 and thereafter corresponds regularly with McCracken.

McCracken, like her brother, holds radical beliefs and these extend not just to the politics of the time, but to many social issues, such as poverty and slavery. She is dedicated to the poor of Belfast and from her earliest childhood she works to raise funds and provide clothes for the children of the Belfast Poorhouse, now known as Clifton House, Belfast. Following a visit from Elizabeth Fry she forms the Ladies Committee of the Belfast Charitable Society and is chair from 1832–1855. Thanks to the efforts of the committee a school, and later a nursery, is set up to educate the orphans of Belfast. She takes particular pains to find a suitable teacher, displaying a high level of dedication and compassion for her cause. The committee also inspects the homes where children of the poorhouse are apprenticed out.

McCracken leads the Women’s Abolitionary Ccmmittee in Belfast during the height of the anti-slavery movement and continues to promote the cause long after the spirit of radicalism had died in Belfast. By the 1850s, the liberality of the 1790s had largely evaporated in the aftermath of the failure of the Irish Rebellion of 1798, and the subsequent executions or exile of the leading protagonists.

At the age of 88, McCracken is to be seen at the Belfast docks, handing out anti-slavery leaflets to those boarding ships bound for the United States, where slavery is still practised. Her continued campaign long after the deaths of her counterparts serves to demonstrate the strength of radicalism that exists in certain circles of Belfast society at the close of the eighteenth century.

After her brother’s execution in Belfast, McCracken takes over the care of his illegitimate daughter, Maria, which is not universally accepted in her wider family. She lives with Maria and her family until her death at the age of 96 on July 26, 1866. She is buried in grave number 35 at Clifton Street Cemetery.

A blue plaque has been placed by the Ulster History Circle on the house at 62 Donegall Pass, Belfast, where McCracken lived for much of her later life.

Gregg is born on June 17, 1867 in Shantonagh, County Westmeath, as the youngest child of Robert and Margaret Gregg, where they remain until 1872, when they move to Rockcorry, County Monaghan. He enters the village school in Rockcorry in 1872. On his second day of class, he is caught whispering to a schoolmate, which prompts the schoolmaster to hit the two children’s heads together. This incident profoundly damages his hearing for the rest of his life, rendering him unable to participate fully in school, unable to understand his teacher. This ultimately leads to him being unnecessarily perceived as dull or mentally challenged by his peers, teachers, and family.

In 1877, after seeing a friend use Pitman shorthand to take verbatim notes of a preacher’s sermon, Robert Gregg sees the shorthand skill as a powerful asset, so he makes it mandatory for his children to learn Pitman shorthand, with the exception of John, who is considered by his family too “simple” to learn it. None of the children succeed in fully learning the system. On his own, John learns the shorthand system of Samuel Taylor. He teaches himself the system fully, since he does not require the ability to hear in order to learn from the book.

Gregg says he initially set out to improve the English adaptation by John Matthew Sloan of the French Duployan shorthand, while working with one of Sloan’s sales agents, Thomas Malone. Malone publishes a system called Script Phonography, of which Gregg asserts a share in authorship is owed to him. Angered by Malone, he resigns from working with him and, encouraged by his older brother Samuel, publishes and copyrights his own system of shorthand in 1888. It is put forth in a brochure entitled Light-Line Phonography: The Phonetic Handwriting which he publishes in Liverpool, England.

In 1893, Gregg emigrates to the United States. That year he publishes Gregg shorthand with great success. He settles in Chicago in 1895 and by 1896 dozens of American public schools are teaching Gregg shorthand. The first Gregg Shorthand Association is formed in Chicago that year with 40 members. In 1897 the Gregg Publishing Company is formed to publish shorthand textbooks.

By 1907 Gregg is so successful that he opens an office in New York and then moves there. The popularity of his shorthand system continues to grow with it being taught in 533 school systems by 1912. In 1914 the New York City Board of Education approves the experimental introduction of Gregg shorthand into its high schools, where the Pitman system had long held sway. That same year the system is admitted to Columbia University (New York) and the University of California, Berkeley.

After World War I, Gregg travels extensively throughout Great Britain, hoping to popularize his system there. He is not quite as successful in this endeavor as he had been in America, but he sees Gregg shorthand become wildly popular in France, Germany, Poland, Spain, and especially Latin America, where for years Gregg’s birthday is a national holiday.

Following his wife’s death in 1928 Gregg returns to New York. He throws himself into volunteer work and continues to perfect the Gregg system. Over the next several years he is the recipient of several honorary degrees from American educational institutions. At one such ceremony in June 1930 he renews his acquaintance with Janet Kinley, daughter of the president of the University of Illinois. The two are married in October of that year. They purchase a home in Cannondale, a historic section of Wilton, Connecticut.

In the 1930s Gregg begins writing a history of shorthand, the subject that had been his lifelong obsession. The first chapter is printed in 1933 and successive chapters follow at intervals until 1936. He devotes time to charitable work and institutes scholarships in the arts and in court reporting at his Chicago school. His voluntary work on behalf of Allied soldiers and British civilians during World War II wins recognition from King George VI, who awards him a medal for “Service in the Cause of Freedom” in 1947.

In December 1947 Gregg undergoes surgery from which he seems to recover well. However, on February 23, 1948, he suffers a heart attack and dies in Cannondale, Connecticut at the age of eighty. 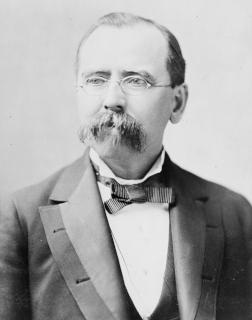 Grace is born on May 10, 1832 in Ireland in Riverstown near the Cove of Cork to James Grace and Eleanor May Russell (née Ellen) while the family is away from home. He is raised on Grace property at Ballylinan in Queens County, now County Laois, near the town of Athy. He is a member of a prominent and well-to-do family. In 1846, he sails for New York against the wishes of his father, and works as a printer’s devil and a shoemaker’s helper before returning to Ireland in 1848.

His nephew, Cecil Grace, attempts a crossing of the English Channel in December 1910 in an airplane, flying from Dover to Calais. However, in coming back he becomes disoriented and over Dover flies northeast over the Goodwin Sands toward the North Sea and is lost.

Grace and his father travel to Callao, Peru, in 1851, seeking to establish an Irish agricultural community. While his father returns home, William remains and begins work with the firm of John Bryce and Co., as a ship chandler. In 1854, the company is renamed Bryce, Grace & Company, in 1865, to Grace Brothers & Co., and ultimately to W. R. Grace and Company.

On September 11, 1859, Grace is married to Lillius Gilchrist, the daughter of George W. Gilchrist, a prominent ship builder of Thomaston, Maine, and Mary Jane (née Smalley) Gilchrest. Together, they have eleven children.

Opposing the famous Tammany Hall, Grace is elected as the first Irish American Catholic mayor of New York City in 1880. He conducts a reform administration attacking police scandals, patronage and organized vice, reduces the tax rate, and breaks up the Louisiana State Lottery Company. Defeated in the following election, he is re-elected in 1884 on an Independent ticket but loses again at the following election. During his second term, he receives the Statue of Liberty as a gift from France.

Grace is a renowned philanthropist and humanitarian, at one point contributing a quarter of the aid delivered to Ireland aboard the steamship Constellation during the Irish Famine of 1879. In 1897, he and his brother, Michael, found the Grace Institute for the education of women, especially immigrants.

William R. Grace dies on March 21, 1904 at his residence, 31 East 79th Street, in New York City. His funeral is held at St. Francis Xavier Church on West 16th Street and he is buried at the Holy Cross Cemetery in Brooklyn. At the time of his death his estate is valued at $25,000,000.