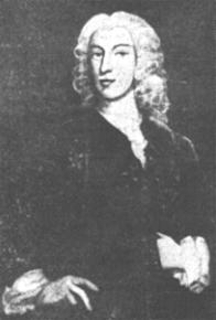 Justin MacCarthy, Viscount Mountcashel, a Jacobite general in the Williamite War in Ireland and a personal friend of James II of England, dies in France of complications from previous battle wounds on July 1, 1694.

McCarthy, born about 1643, is the younger son of Donough MacCarty, 1st Earl of Clancarty, head of the MacCarthy of Muskerry dynasty who holds extensive lands in the former Kingdom of Desmond. His mother is Lady Eleanor Butler, sister of James Butler, 1st Duke of Ormonde. The family has their property confiscated under Oliver Cromwell‘s regime, but it is restored to them at the Restoration of Charles II of England. McCarthy is made Viscount Mount Cashel with the subsidiary title of Baron Castleinch on May 1, 1689 and becomes a Lieutenant-General.

McCarthy becomes a professional soldier and shows great skill in his profession, but poor eyesight hampers his career. He enters the French army in 1671 and then transfers to James Scott, 1st Duke of Monmouth‘s regiment, then in French pay, and serves against the Dutch.

McCarthy comes to England in 1678 and is befriended by the future James II, who generally chooses soldiers, especially Irish soldiers, as his boon companions. Charles II decides to use his services in Ireland and makes him a colonel in Sir Thomas Dongan‘s regiment. On the outbreak of the Popish Plot, however, the discovery of McCarthy’s presence at Whitehall causes uproar. He flees the country and the Secretary of State for the Northern Department, Sir Joseph Williamson, who had issued his commission, is sent to the Tower of London.

Under the Catholic King James II, McCarthy becomes both Major General and a member of the Privy Council of Ireland. He quarrels with the Lord Lieutenant of Ireland, Henry Hyde, 2nd Earl of Clarendon, and probably intrigues to secure his recall.

In 1689 McCarthy takes Castlemartyr and Bandon for James. At Bandon there is a massacre called “Black Monday,” but he persuades the King to issue a general pardon to his defeated opponents. He meets James at his landing at Kinsale, and is commanded to raise seven regiments. He sits in the Irish House of Lords in the Parliament of Ireland of 1689.

With 3,000 men McCarthy advances from Dublin towards Enniskillen, which with Derry is the remaining resistance to James II. He is met by 2,000 Protestant “Inniskillingers” at the Battle of Newtownbutler on July 31, 1689. His forces are routed, he is wounded and then captured. Allowed out on parole he breaks parole and escapes to Dublin. Frederick Schomberg, 1st Duke of Schomberg, remarks that he had thought McCarthy was a man of honour, but on the other hand he expected no better from an Irishman.

McCarthy goes into exile in France and commands the first Irish Brigade of Louis XIV. His later career is hampered by his near-blindness. He dies at Barèges on July 1, 1694 and is buried there.

Novelist Shan Fadh Bullock is born on May 17, 1865 at Inisherk, County Fermanagh just outside the County Cavan border near Belturbet. His works include fourteen novels set in Ulster and he is admired by James Matthew Barrie and Thomas Hardy.

Bullock’s father, Thomas Bullock, is a strict man who has eleven children and drives several to emigration because of his stern demeanour. Thomas Bullock works on the Crom Castle estate which runs along the Cavan/Fermanagh border and has both Catholic and Protestant workers. Protestant workers have the prime jobs and are employed as craftsmen and supervisors while Catholics work in the outer area of the estate at unskilled jobs. Folk memories of the Battle of Newtownbutler in 1689 remain long in the memory in the area where up to 1,500 Jacobite troops are hacked down or drowned in Upper Lough Erne when pursued by the Williamite cavalry. Many of the Williamite army is drawn from the local Protestant population.

Bullock is educated at Crom estate primary school run by the Church of Ireland and Farra School near Bunbrosna, County Westmeath. He fails the entrance exams at the University of Dublin. He tries his hand at farming but finds he is not suited. He moves to London in 1883 and becomes a Civil Service clerk. He takes to journalism to supplement his salary and publishes his first book of stories, The Awkward squads, in 1893. His stories are centered on Irish Catholic and Protestant small farmers and labourers and their struggles and tensions. He marries Emma Mitchell in 1899 and they have a son and daughter.

Bullock is well respected in literary circles but his books are never successful enough for him to become a full time writer. He says that the English are not interested in Irish stories and that there is no reading public in Ireland. He dislikes Orange sectarianism and is ambivalent to Irish nationalism. His novel The Red Leaguers looks at sectarianism conflict and Robert Thorne examines the lives of London clerks which is a popular theme at the time. His last and best novel The Loughsiders is published in 1924 and is the story of a conniving smallholder based on William Shakespeare’s Richard III.